We thought it was crazy when Chumlee from The History Channels hit show, Pawn Stars picked up a Maserati GranTurismo but now he’s rolling even tougher in a Rolls Royce Phantom. Maybe he’s just a really good gambler? Chumlee posted a photo of his new Phantom on Instagram along with another photo of all three of this rides which include his Maserati GranTurismo, the new Rolls Royce Phantom, and a Cadillac Escalade.

What do you think of Chumlee’s choice in rides? 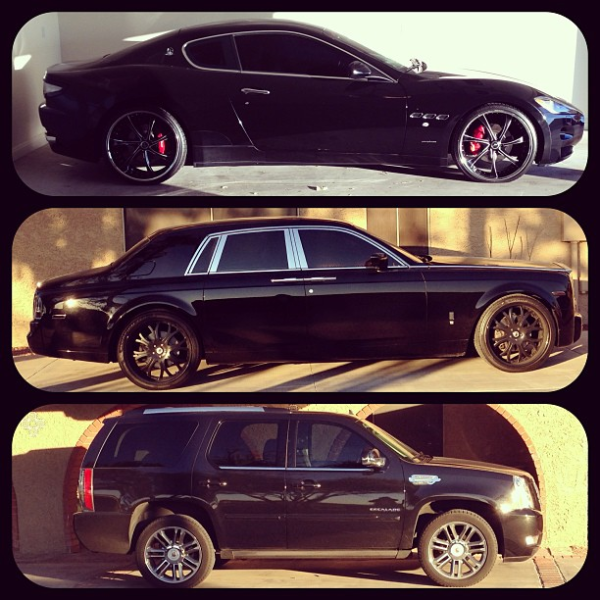 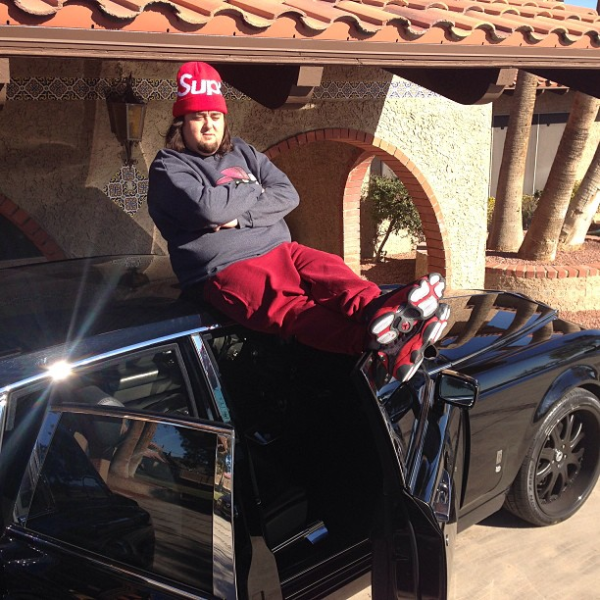 Looks like Tyga’s Lamborghini Aventador survived from when he crashed it not too long ago. Tyga posted this photo to his Instagram of the Aventador posted up in his driveway along with his Mercedes SLS, Mercedes G-Wagon and Rolls Royce Ghost — all in white. One question, where’s he get all this money??? It’s not like he’s been around that long. 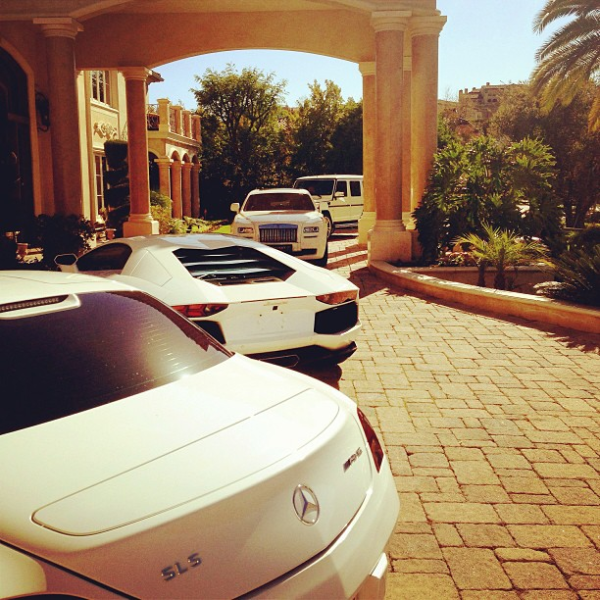 Shout out to dre and Caio for their tips!

What is with celebrities wrapping their cars in this hideous chrome?? The latest victim is Ray J’s Rolls Royce Ghost. What do you think of the Ghost in chrome? 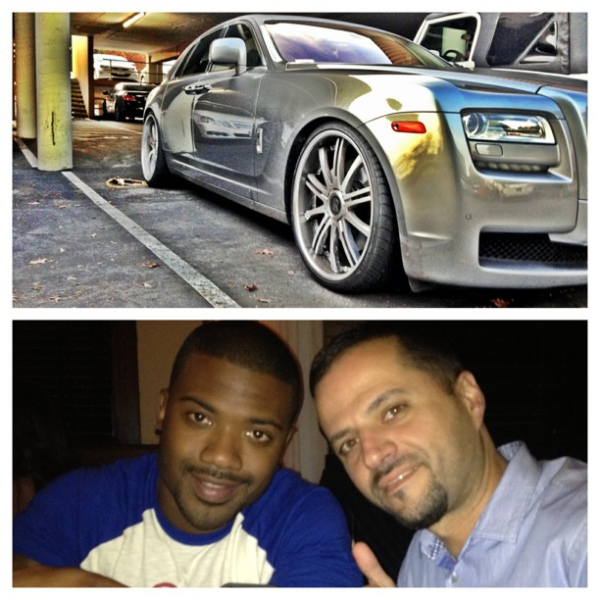 Shout out to Kylin for the tip! 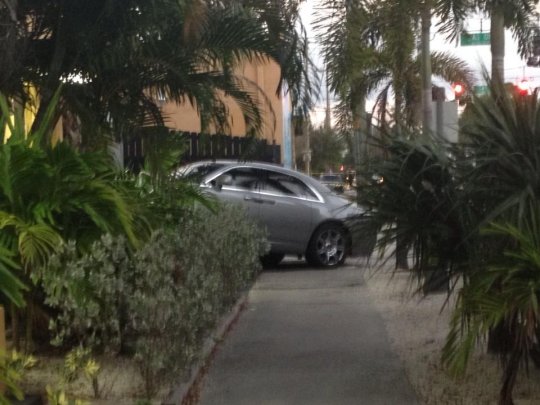 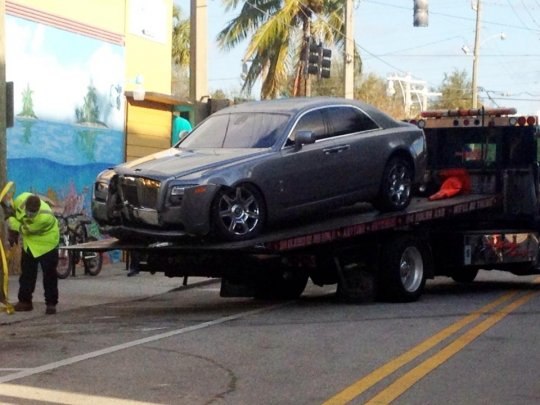 From a Vespa to a Rolls Royce — Queen Latifah is rolling tough now. The only ride we’d seen Queen Latifa with before this was her little yellow Vespa scooter but just recently she was spotted running around Beverly Hills with a Rolls Royce drophead coupe. Talk about going from one extreme to another! 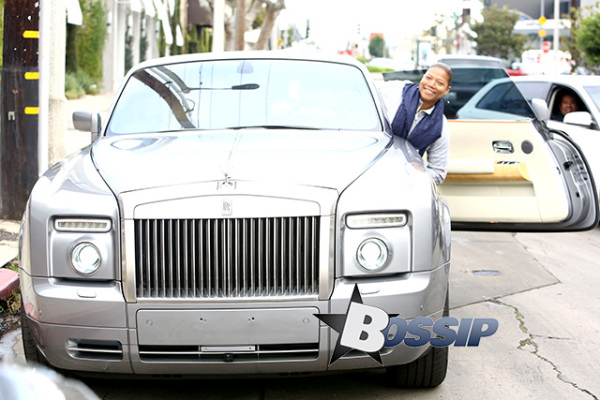 Shout out to Jones and Daniel for the tips!