The rumor mill is buzzing and this time it’s about Samuel Eto and the first Ferrari LaFerrari in London. Word on the street is, footballer, Samuel Eto’o is the proud owner of this black LaFerrari pictured below. This isn’t Eto’o’s first supercar though, while we’ve only seen him in his Bugatti Veyron before, the footballer has a seriously impressive lineup including, an Aston Martin One-77, Aston Martin V12 Zagato, Bugatti Veyron, Maybach Xenatec, Mansory Stallone 599 and to top it all off he even has a Koenigsegg on order because why the hell not, right? 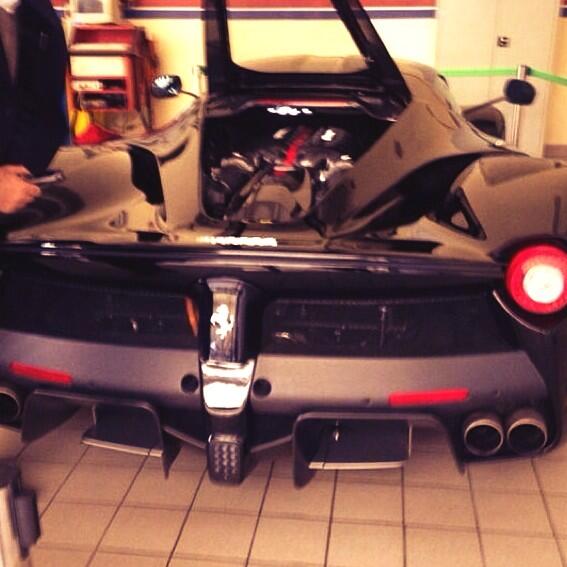 Thanks to RUFke for the tip