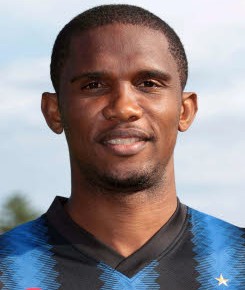 Everything You Need To Know About Samuel Eto’o

Professional football takes a great deal of skill, talent and motivation. Samuel Eto’o is an international football player who has all these skills. He has been playing the sport since he was just a boy, and he has gone on to win numerous awards and Cups over the last three decades.
In the United States, football is equivalent to a rough game played with pigskin balls. However, football is internationally recognized as the sport Americans know as soccer. Samuel is a star in football in his own nation, as well as other nations across Europe and beyond.
Samuel Eto’o was born in Cameroon, a republic located in west-central Africa. He began playing for the Kadji Sports Academy as a young boy. His prominence within time spent in the academy helped prepare him for a professional football career later in life.
As of 2012, Samuel plays for Anzhi Makhachkala, a team located in the Republic of Dagestan of Russia. Currently, The Telegraph estimates Samuel to be the highest-paid football player in the world. He is also estimated as one of the world’s highest-paid athletes, second only to golf player Tiger Woods. Samuel won the UEFA Champions League in 2010, as well as the FIFA Club World Cup in 2010. He also won an Olympic gold medal in the 2000 summer games for his home nation of Cameroon.

Samuel Eto’o In His Bugatti