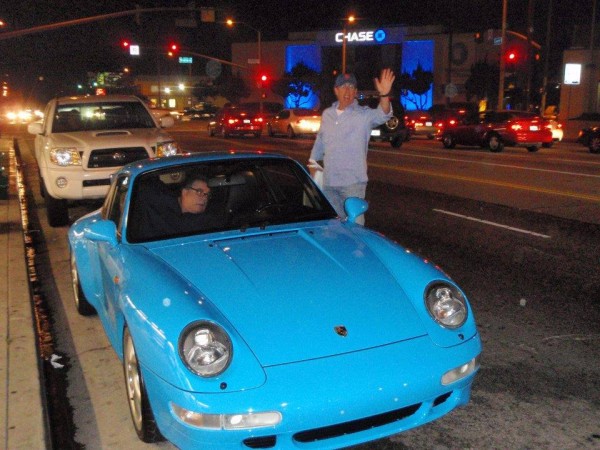 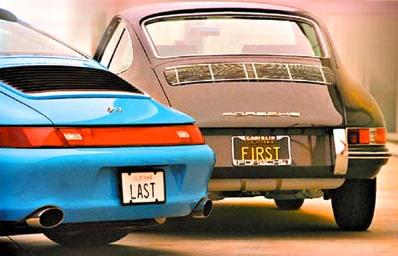 If you were driving down the road and spotted a Riviera Blue Porsche 993, what would you do?  Would you think that it’s perhaps Jerry Seinfeld‘s last of the 993 Porsche 911?

Well lucky for us Fernando Bautista III stumbled across this Porsche parked out front a Laurel Canyon news-stand and captured some pictures of the uber famous celebrity car-collector/comedian who was grabbing a quick something from the news-stand.  For those of you familiar with Porsche 993’s, Seinfeld’s Riviera Blue C4S Porsche was custom ordered with euro-lights and side-markers along with no bumperettes.  Additionally it’s also sporting a 911 badge in the rear which is a rarity in early 911’s and it’s also well known for having a California license plate that reads LAST being that it was literally the very last air-cooled Porsche 911 ever built.  See more photos after the jump! 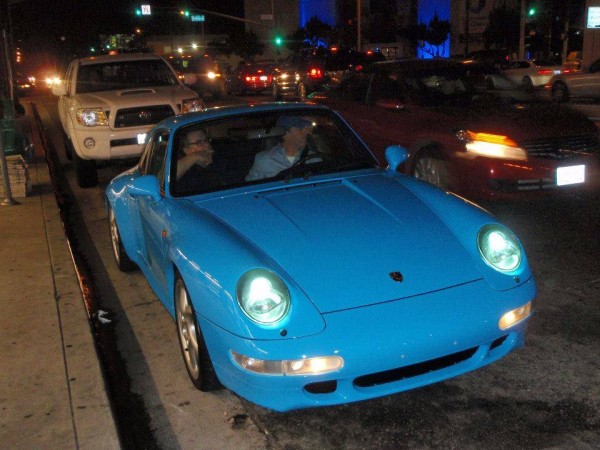 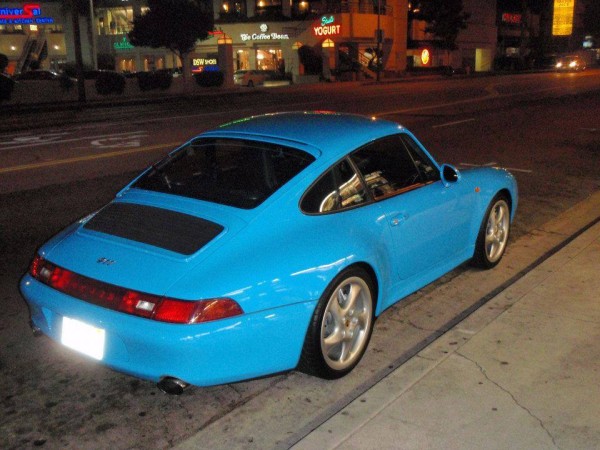 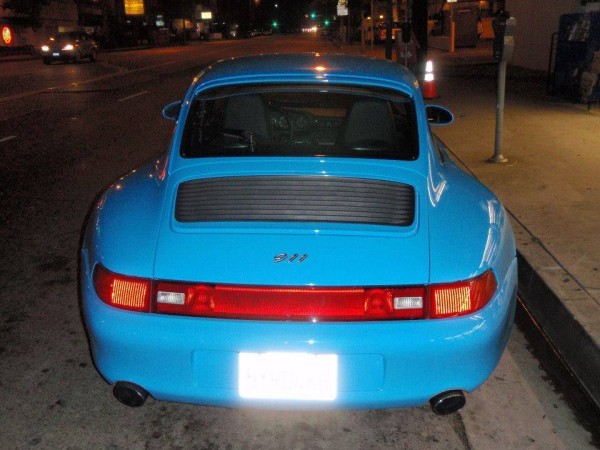 2 Responses to Spotted: A Comedian in a Car Not Getting Coffee