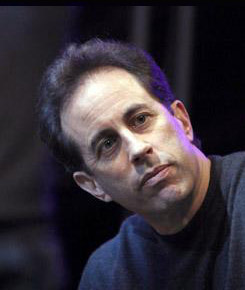 Everything You Need To Know About Jerry Seinfeld

Jerry Seinfeld is one of America’s most popular and successful actor-comedians. He rose to fame in the late 80s and early 90s, thanks in part to the Seinfeld sitcom on NBC. While Jerry isn’t as prominent in television these days, he still enjoys quite the career that includes a mix of stand-up, appearances at special events, film, writing and philanthropic duties.
Seinfeld was a cultural phenomenon that was Jerry’s most successful venture to date. The show focused on a character of the same name that was inspired by some of the comedian’s real-life experiences. With an all-star cast and relatable script, Seinfeld is one of American television’s most popular sitcoms. The show had nine solid seasons, and ended in 1998. The actor co-wrote several of the show’s episodes.
Since the end of Seinfeld, Jerry has taken up new adventures in the world of comedy. He continues to perform stand-up, and he has done voices for animated films, such as Bee Movie. When he isn’t busy with his career, Jerry is an avid car collector. Porsches are among some of his favorite vehicles – the comedian’s extensive car collection is certainly nothing to laugh at.