I knew Rob Dyrdek had an Aston Martin hiding out somewhere and it turns out instead of just one, he’s actually had TWO. His first Aston Martin purchase was a DB9 (seen in the video below) and now he has a blacked out Aston Martin Rapide S. The photo was shot by one of Rob’s employees while it was parked at the Fantasty Factory and he posted it on his Instagram with the appropriate hashtags, “#bossescar #nobudget #astonmartin”. Ballin! 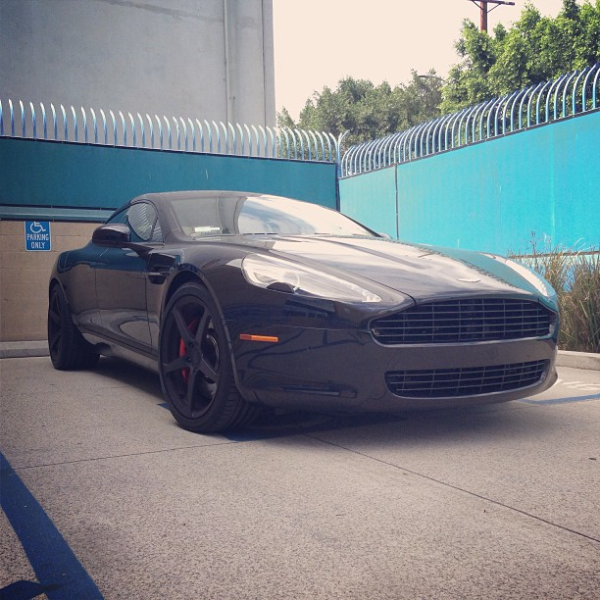