NFL linebacker Bruce Irvin has had one crazy career! Originally being drafted to the Seattle Seahawks and helping them to a Super Bowl win in 2014 and a Super Bowl appearance in 2015 (and becoming the first NFL player to ever get ejected from a Super Bowl game), has now just signed to the Oakland raiders with a 4 year, $39 million contract! Needless to say he deserves to spend that cash and has opted for a new Mercedes S63 with custom black Forgiato wheels with red accents! We think the menacing look is very appropriate for one of the most badass players in the NFL! 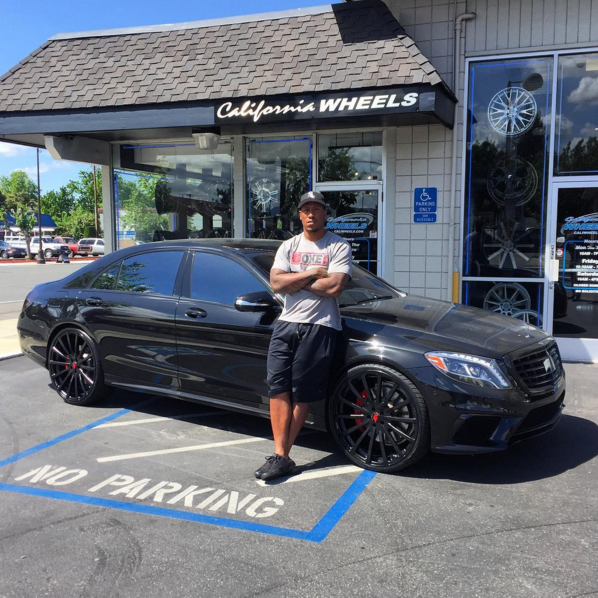