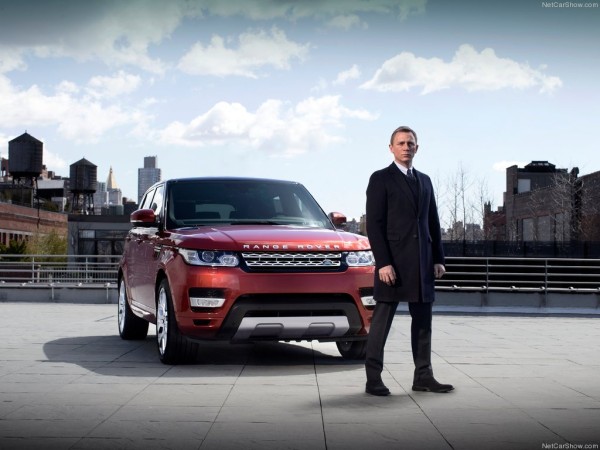 Mr. James Bond aka Daniel Craig was recently seen hanging out in New York City for his collaboration with Land Rover. Craig was in town to assist Land Rover for the live debut of the all-new 2014 Range Rover Sport at the 2013 New York Auto Show.

Apparently, reports now suggest that the superstar earned a handsome $1 million for his appearance at the show which lasted literally 007 seconds.

According to sources that spoke with the New York Post, Land Rover dished-out $1 million to Craig for driving the new 2014 Range Rover Sport onto the stage. As you can see in the video, Craig steps out of the new Rover Sport waves to the crowd, gives a quick smile, and disappears right away.

“He didn’t even give a speech!” said one disgruntled guest.

“We won’t comment on our relationship with Mr. Craig beyond confirming that Land Rover supports the charity S.A.F.E., of which the actor is a patron, and will continue its charitable efforts with a vehicle donation later this year,” a Land Rover rep said.

Whatever the case may be, we’d love to figure out a way to get paid $1 million just for driving a car onto a stage. Wouldn’t you?