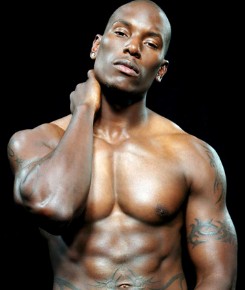 Everything You Need To Know About Tyrese Gibson

Tyrese Gibson has numerous roles in the entertainment industry. Born in Los Angeles, Tyrese was meant for a career in music and acting. He was first discovered for his singing talents, and he landed a spot on a Coca-Cola television ad during his teens. Since that ad in 1994, Tyrese has taken his career into making hit R&B records. His first release was in 1998 as a self-titled album; since then, much of the world know his simply as Tyrese. The artist’s latest album is due out in 2014.
Like many recording artists, Tyrese has taken an interest in other facets of entertainment. He is a former fashion model and MTV VJ, and he has also had success in the movie industry. Some of his most popular films include 2 Fast 2 Furious, Flight of the Phoenix, Four Brothers, the Transformers series and Fast and Furious 6. Despite his acting roles, his main love continues to be the music business.
It is not uncommon for artists to make their political and social views known, but many of them are the same. Tyrese has taken it upon himself to promote the importance of fatherly influences, as well as paternal childrearing.