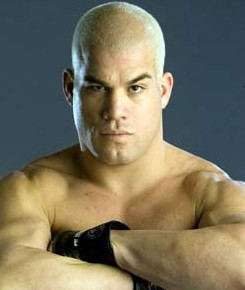 Everything You Need To Know About Tito Ortiz

As one of the UFC’s first star fighters, Tito Ortiz laid his claim to fame early in life. He held the title for UFC Light Heavyweight Champion for three years in a row, from 2000 to 2003. Tito has since evolved his career into other interests, ranging from athletic equipment and training development, to his very own athletic clothing line.
Tito was born in Santa Ana, California in 1975 as Jacob Christopher Ortiz. He was given the nickname “Tito” during his youth, which translates to tyrant. Tito lived up to this nickname with a fighting career path that began with wrestling success in high school. The athlete went on to wrestle during his college career at both Golden West College and California State University, Bakersfield.
In the late 1990s, Tito made his debut as a mixed martial arts fighter with the UFC. He was inducted into the Hall of Fame in 2012 following his retirement. While he may be retired from fighting competitions, Tito still remains active in the industry and has had success with his own athletic company, Punishment Athletics. His personal life is also sometimes viewed as a whirlwind, with a notable relationship with former porn star Jenna Jameson.

Tito’s Scion After “Fueled by Fame”