Everything You Need To Know About Three 6 Mafia

Tennessee is perhaps best-known for its country hub of Nashville. However, the western city of Memphis is a hub for hip-hop and rap, and it even spawned the crunk fad at the turn of the century. What better city for the birth of legendary rap group, Three 6 Mafia.
Three 6 Mafia got its start in Memphis with hip-hop artists DJ Paul, Lord Infamous and Juicy J. The trio was originally called Backyard Posse when the group formed in 1991, but later decided to change their name. This group is centered on the three original members, but Gangsta Boo and Crunchy Black were added on before the release of their second album. As of 2013, DJ Paul and Juicy J were the only two active members.
Three 6 Mafia signed with Sony in the beginning, but the original members also started their own successful music label, Hypnotize Minds. The group has also worked with some of music’s hottest artists, including Lil Jon, Timbaland, Justin Timberlake and Chamillionaire. This group is known for its 2005 song “It’s Hard Out Here for a Pimp.” In 2008, Three 6 Mafia won the American Music Award for Favorite Group. 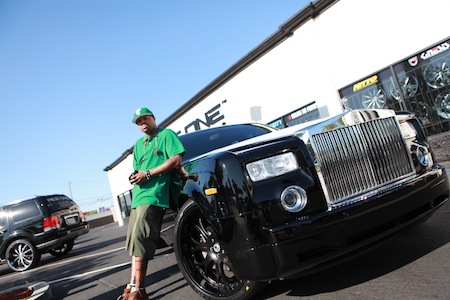