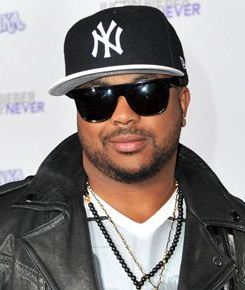 Latest Posts About The Dream

Everything You Need To Know About The Dream

The Dream is one of R&B’s greatest influences right now. Not only has he successfully entered into a solo career, but he has also helped make other artists’ music dreams come true. He has co-written some of the new millennium’s hottest tracks for some of R&B’s biggest names. While much of his work is attributed to sheer natural talent, The Dream also credits his own personal experiences as propelling him to take his writing to the next level.
Born as Terius Nash, The Dream grew up in Atlanta. He had an early interest in music, playing several different instruments and singing songs. When he was 15 years old, The Dream’s mother died. This event inspired the empathy of women’s struggles that would later lead the music genius to write hit songs for female artists.
To date, The Dream has had great success in the music biz. He co-wrote Rhianna’s “Umbrella,” Beyonce’s “Single Ladies (Put a Ring On It),” Justin Bieber’s “Baby,” and many others. He won the 2010 Grammy Award as the songwriter for Best R&B Song for Beyonce’s hit track. Aside from the success he has bestowed upon other artists through his words, The Dream has also released his own hit albums, with his latest, IV Play, set for a May 2013 debut.