Everything You Need To Know About Teri Hatcher

Teri Hatcher is a leading Hollywood actress that continues to land prominent television roles. While she is most recently known for his role as Susan on Desperate Housewives, Teri has been in the business for three decades. During the last decade, she was coveted by numerous magazines for her style, and she was also reportedly one of the highest-paid actresses on TV.
Before her career in acting, Teri led a seemingly average life. She was born in Palo Alto, but grew up in Sunnyvale, another city in California. Teri has always been athletic, and she pursued ballet during her youth. She studied engineering at De Anza College before moving on to a gig as a San Francisco 49ers cheerleader.
Despite her NFL status, Teri had dreams of acting. She started a career in television, with small roles in Love Boat, MacGyver, Quantum Leap and Star Trek: The Next Generation. Her biggest role would come during the early 1990s, when she played Lois alongside Dean Cain in the ABC series Lois & Clark: The New Adventures of Superman.
Her popular role in Desperate Housewives helped Teri win awards in television. These include the 2004 Screen Actors Guild Award for Outstanding Performance by a Female Actor in a Comedy Series, as well as the 2005 Golden Globe Award for Best Actress in a Television Series, Musical or Comedy. 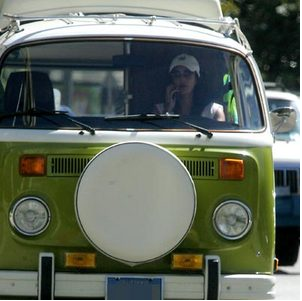