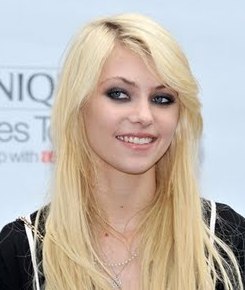 Everything You Need To Know About Taylor Momsen

Fans have known her since her prominent break-out role as Cindy Lou Who in How the Grinch Stole Christmas. Since then, actress Taylor Momsen has been cast in various television and movie roles and has become a leader in the fashion industry. Originally from St. Louis, Missouri, this young talent has made quite the name for herself since taking on Hollywood.
Since her success as Cindy Lou Who, Taylor has starred in other movies, such as Hansel and Gretel. More recently, she found success through her role as Jenny on Gossip Girl. The actress is also a successful model with IMG Models, who she has worked with since 14 years old. In 2010, she had the privilege of being the face for a new fashion line called “Material Girl,” which was founded by Madonna.
On top of her successful acting and modeling career, Taylor is also the lead singer and guitarist for a rock band called The Pretty Reckless. She enjoys taking breaks from acting by concentrating on the band, as Taylor sees it as a challenge. The band’s single, “Kill Me” was featured on the final episode of Gossip Girl.