Everything You Need To Know About T-Pain

The old adage “no pain, no gain,” is proven true in many situations, as is in the case of hip-hop artist T-Pain. He suffered through tough times growing up in Tallahassee, Florida, but was able to persevere and overcome personal challenges through the help of a music career. Today, T-Pain is a Grammy Award winning artist that continues to create hit singles and collaborate with other prominent artists in the industry.
T-Pain was influenced by music at an early age through family friends. His hip-hop career officially started in his late teens and he gained early recognition from fellow artist, Akon. T-Pain’s 2005 debut album included memorable hits “I’m Sprung” and “I’m N Luv Wit a Stripper.” In 2006, he released another album with the single “Buy U a Drank,” while working with other artists on their own albums. To date, T-Pain has won two Grammy Awards for Best Rap Song in 2008 for “Good Life,” as well as the 2010 Best R&B Performance by a Duo or a Group for “Blame It.”
In 2013, T-Pain caused quite a stir among fans and the media when he cut off his dreadlocks. His hair was viewed as iconic, but the artist stated he was ready for a change to complement his growing career. 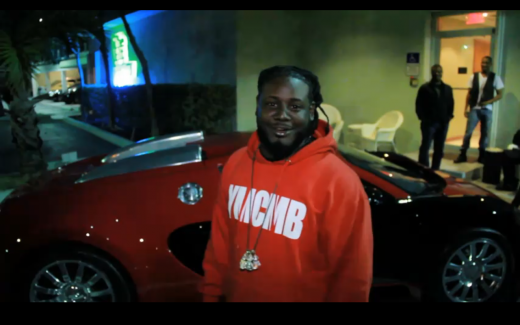