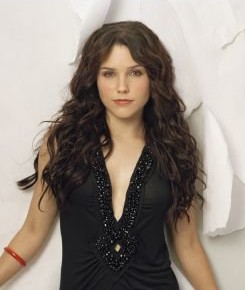 Everything You Need To Know About Sophia Bush

You probably best know her as Brooke Davis on One Tree Hill, but Sophia Bush has had quite the career at a young age. Raised in California by parents who worked in the celebrity photography industry, Sophia had the advantage of living right in the same county where much of Hollywood magic is cultivated.
At first, Sophia wasn’t interested in acting. When she was in high school, she was a typical student, caring more about athletics and social activities rather than worrying about her future career. However, she starred in a school play and was inspired to go into a professional acting career from there. Until she got her career going, she studied journalism at the University of Southern California.
Sophia’s first big break was in the 2002 movie Van Wilder. In 2003, she landed her career-changing role as Brooke on the CW’s One Tree Hill. She even had the chance to direct a few of the episodes, which is one direction she is interested in taking her career in. When she’s not busy with her career, Sophia is involved in environmental activism. Some of her projects include oil spill relief on the Gulf Coast, as well as the advocacy of same-sex marriage rights.