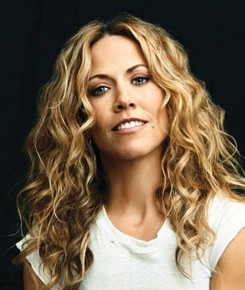 Everything You Need To Know About Sheryl Crow

Sheryl Crow is one of the most versatile musicians still active in the business. While her early songs were reminiscent of folk music, Sheryl has also delved into country, hip-hop, pop and rock. To date, she has been nominated for over 30 Grammy Awards and has won nine times. Her personal life continues to inspire memorable songs that we can all relate to, thus fueling her long-term success.
Born in Missouri to a musical family, Sheryl actually started off as a music teacher at an elementary school. She decided early on that she wanted to make music and she moved out west to Los Angeles. Sheryl had the unique opportunity of working and touring with numerous successful musicians, including Michael Jackson, BB King, Eric Clapton, Stevie Nicks, Sting, Tony Bennett, Bob Dylan and Tina Turner. She joined a music group in the early 90s called the Tuesday Night Music Club, and they released the hit single “All I Wanna Do.”
A few years after playing with the group, Sheryl went solo. Since then she has released numerous popular singles, such as “Everyday Is a Winding Road,” “If it Makes You Happy,” “My Favorite Mistake” and “Soak Up the Sun.” As a breast cancer survivor and political activist, Sheryl continues to be an inspiration to fans of all backgrounds.