Everything You Need To Know About Shakira

When it comes to variety in music, Shakira’s got it all. This Colombian-born singer is known for her Latin songs that also combine a hint of pop, rock and Arabic to them. She gained in early interest in music during school, and she successfully entered the entertainment world in Latin American when she was just a teenager. At the same time, she also started learning unique dance moves that would eventually lead her to some gigs as a choreographer later in her career.
While Shakira has been a favorite in the Latin American scene for several years, she hit international stardom with her 2002 hit, “Whenever, Wherever.” It was also during this time that the world took note of Shakira’s crazy belly dance abilities. Since making it big, the singer has focused on new ways to incorporate music from all around the world into her songs.
As of 2012, Shakira is developing her eighth album, and she continues to coach other artists in the industry. NBC’s The Voice acquired Shakira as a replacement judge for Christina Aguilera as the latter takes a well-deserved break from the show. The next season will be Shakira’s debut on the show, and fans can’t wait to see what she will bring to the series.

Shakira In Audi A7 Sportback

Other Photos of Shakira

Shakira was spotted riding shotgun in a BMW X5 while she was leaving a studio in Hollywood recently. 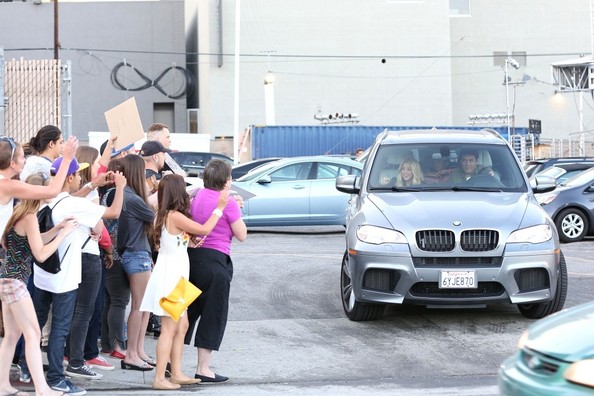