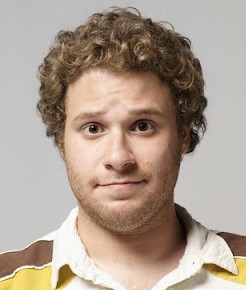 Everything You Need To Know About Seth Rogen

As one of the nation’s leading funny guys, Seth Rogen has taken the world of comedy by storm. He has been in the business since the age of 16, and he subsequently started working with the legendary Judd Apatow. 2007’s Knocked Up gave Seth his greatest commercial success at the time, and he would go on to star in other hit comedies, such as Funny People, Pineapple Express and The Green Hornet.
While Seth has created his life out of comedy, things weren’t always so funny growing up. When he was 16 years old and had just started to earn a living in show business, his parents lost their home. They all moved to Los Angeles so Seth could pursue his career in the entertainment industry, and he was the temporary breadwinner of the family. In this aspect, Seth learned at a young age that comedy is fun, but it can also be quite a serious business.
From acting and producing movies to voice acting, Seth’s career is growing at an astounding rate. His personal life isn’t too shabby either—he has been with actress Lauren Miller since 2004. The couple married in 2011.