Everything You Need To Know About Russell Crowe

Revenge is often carried out in epic proportions, and this was perhaps even truer during the Roman Empire. This type of good vs. evil was carried out in Ridley Scott’s Gladiator movie, and the star, Russell Crowe was put into the international spotlight for his excellent portrayal of the moral general Maximus Decium Meridius. The movie went on to win Best Picture in the Academy Awards in 2001, and Russell even won Best Actor.
While Russell is known for his Australian nationality, the actor was actually born in New Zealand. His family didn’t move to Australia until he was four. When he was 16 years old, Russell left school to pursue an acting career. He appeared in numerous television and film roles in Australia, and also starred in American films in the 90s. However, Gladiator is what kick-started an impressive career for Russell.
Since Gladiator, Russell has starred in numerous other highly acclaimed films. Such movies include A Beautiful Mind, Cinderella Man, American Gangster, 3:10 to Yuma, Robin Hood and Les Miserables. When Russell isn’t on the set, he spends most of his time in Australia with his wife, actress and singer-songwriter Danielle Spencer. 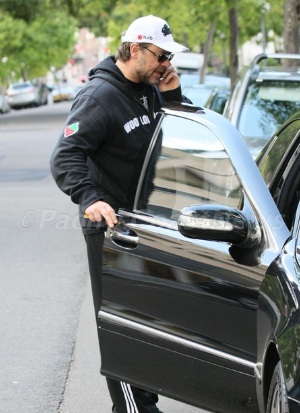