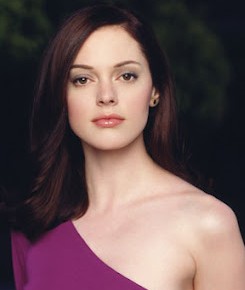 Everything You Need To Know About Rose McGowan

Rose McGowan is exotic in so many ways, and she continues to intrigue fans across the country. She is not only exotic in her beauty, but her choices in film roles and even relationships have continued to keep people on their toes over the years. After being in the industry for two decades, Rose has had a powerful influence over co-workers as well as aspiring actresses looking to make their Hollywood dreams come true.
Born in Florence, Italy, Rose grew up in Seattle, Washington. Later in her teens, she studied beauty school and started to pursue film roles. Rose officially got her start in 1992 in the film Encino Man. She also landed one of the biggest roles of her career as Ann-Margaret in the television series Charmed. She would go onto star in other hit movies, such as Scream, Jawbreaker, The Black Dahlia, Grindhouse, Machete, Dead Awake and Conan the Barbarian.
Rose has had quite the colorful career, and she has also had her share of publicity for her personal life. She has dated Marilyn Manson, and Robert Rodriguez, and she is currently in a relationship with Davey Detail. When she isn’t acting, she spends a great deal of time volunteering in social causes, such as gay and lesbian rights.