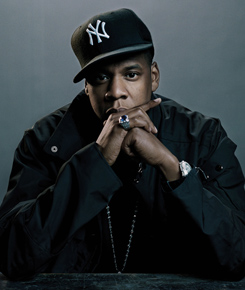 Everything You Need To Know About Jay-Z

Jay-Z is a legendary stage name for the richest and most successful hip hop artist of our time, Shawn Corey Carter. He grew up alongside many other future hip hop artists in the area of Brooklyn, New York, including Notorious B.I.G. and Busta Rhymes. He had talent at a young age that prompted his mother to buy Jay-Z a boom box when he was a young boy. Little did they know at the time that Jay-Z would go on to be one of highest-earning artists in the United States.
Before his career got started, Jay-Z was mentored by rap artists in New York City. He even had rap battles with future rapper LL Cool J, most of which he won. Still, Jay-Z was passed up early on for record deals from some of the biggest labels. As a result, the young and talented artist co-created his own label, Roc-A-Della Records in 1995.
Part of the reason why his songs are so endearing to many people is because they are derived from real-life experiences. Jay-Z grew up in a housing project in Brooklyn, and his father left the family when he was 13 years old. He also sold crack cocaine as a teenager.
Despite his difficult past, Jay-Z worked hard to improve his hard knock life and eventually gained multiple successes. Today, he is still a hip hop artist, but he is also a producer, an actor, a basketball team owner, and a clothing designer. On top of that, he is the husband of Beyonce and father to their daughter, born in January 2012.

Jay-Z And Beyonce Get Into Wrangler

Jay-Z Steps Out Of Mercedes-Benz S-Class

Jay-Z in The Range Rover