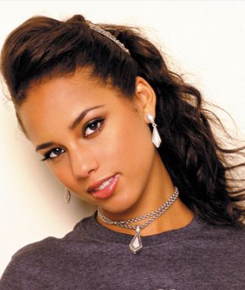 Everything You Need To Know About Alicia Keys

Alicia Keys was destined to be a performing artist. Born as Alicia Cook in New York City to a part-time actress mother and a father who was a flight-attendant, Alicia was given the tools and encouragement she needed to succeed in the business as a true artist who would stand the test of time. At the age of two, her parents separated and her mother concentrated on giving Alicia as many performing opportunities as possible. She appeared on The Cosby Show at just four years old, and she managed to start singing and playing the piano at seven. She attended performing arts school, majoring in choir. Alicia graduated at 16 years old with valedictorian status.
The world best knows Alicia’s debut as her single “Fallin’”, which was released in 2001. However, before this time, the Grammy-winning artist had written and performed singles for Men and Black, Shaft and Dr. Doolittle 2. After her debut album in 2001, there has been no stopping this iconic R&B singer with her angelic gospel-inspired voice and piano mastery.
In 2010, Alicia married long-time boyfriend Swizz Beatz, a New York DJ. She was pregnant at the time and has a beautiful Grecian wedding dress designed by Vera Wang. Egypt Daoud Dean was born on October 14 of that year, and he continues to inspire Alicia in all aspects of her life.