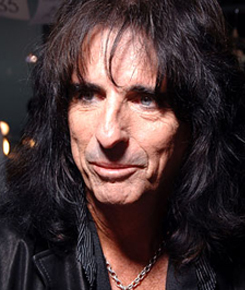 Everything You Need To Know About Alice Cooper

It’s not easy being in a metal band, let alone being in one for almost fifty years. Alice Cooper is one of the original metal artists whose legendary songs and performances have hit popularity in the last five decades. This guitar and harmonica-playing singer has had a fruitful career that has also included a little bit of acting as well as an outright avoidance of American politics.
Alice Cooper was born in Detroit in 1948. He first broke into the music business in his late teens and has since dominated the metal industry. Aside from hit records, Alice and his band are known for their stage antics, which often include snakes and fake blood.
Although Alice has the makings of an extreme rock-and-roller with his music and crazy stage antics, his personal life is not mainstream metal. He married dance choreographer Sheryl Goddard in 1976, and the couple went on to have three children together. Unlike many rock-and-roll marriages, this one has lasted, and Alice is said to have not ever cheated on his wife.
In addition, Alice is a born-again Christian who despises politics. While many artists in the industry toured with Democratic Presidential candidate John Kerry in 2004, Alice sat on the sidelines and publicly stated that he felt those bands were actually anti-rock-and-roll. He even alluded to a support of Bush, which is uncommon in the metal industry. Alice continues to surprise fans and stay true to himself—perhaps this is the most rock-and-roll action of all.