Italian entrepreneur and former Fiat marketing manager, Lapo Elkann is known for being over the top when it comes to his style and this photo shoot was nothing less. Elkann was spotted laying on top of a Ferrari California during a photo shoot in Miami earlier this week. It’s no secret that Lapo Elkann likes to make a statement when it comes to his cars. He’s had everything from a camouflage covered Ferrari 458 Italia to a baby blue, denim inspired Ferrari 599 GTB. Most recently, Elkann was spotted in a new Maserati Ghibli S Q4 while driving around Milan. Luckily this one isn’t covered in camouflage! 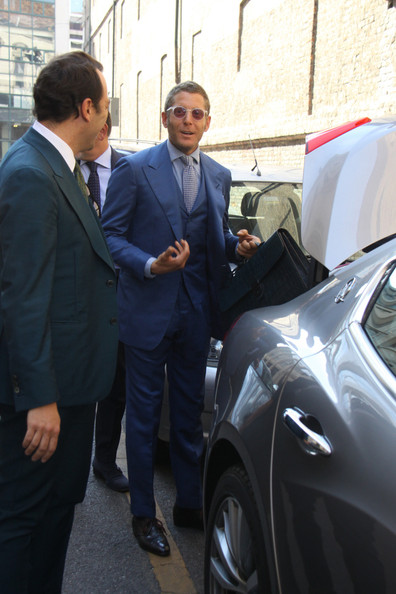 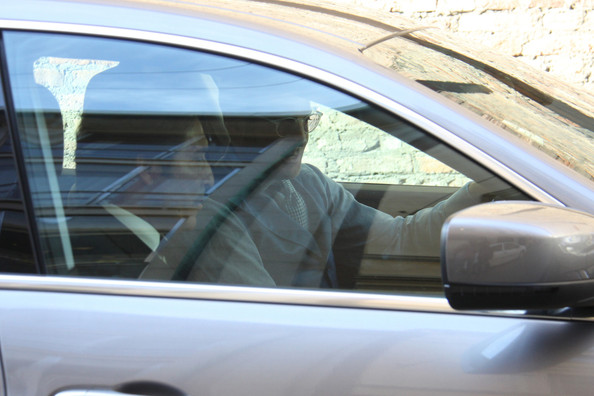 Lapo Elkann stepped out in his military-themed Ferrari 458 Italia recently. It’s probably hard to go anywhere in this Ferrari without making heads turn. 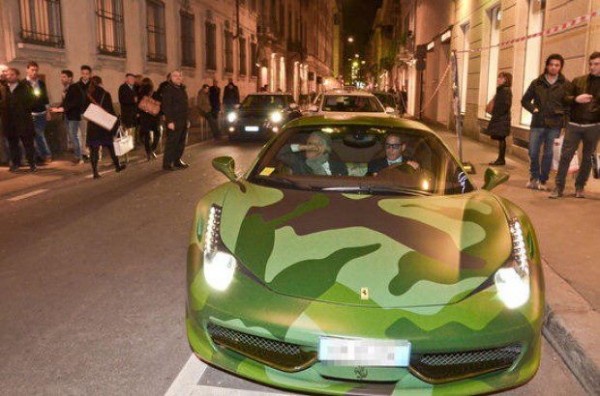 Thanks to RUFek for the tip!

Lapo Elkann’s Ferrari 599 GTB Fiorano is like no other 599. When you’re the heir to an enormous industrial empire you can pretty much do anything you want so when Elkann decided he wanted to customize his Ferrari to match a pair of his favorite denim jeans, he did. The Ferrari has a custom two-tone matte paint job in baby blue and navy blue while the interior is covered in denim upholstery with jean pockets and all.

What do you think of Elkann’s design? If you had as much money as this guy how would you customize your Ferrari? 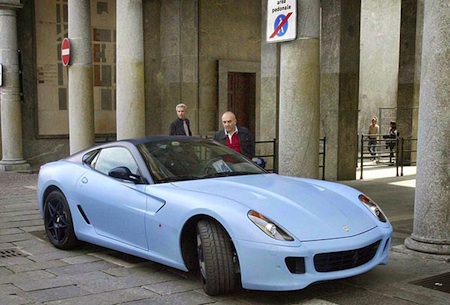 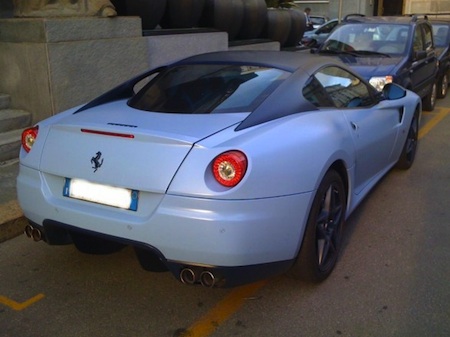 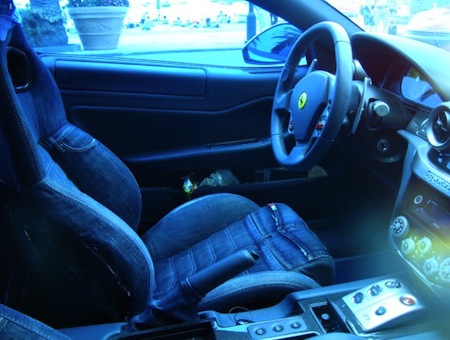 It seems that Fiat Heir Lapo Elkann is on a bit of a camo kick because not only does he have a camo-Ferrari 458 he also has a matching Jeep Grand Cherokee. 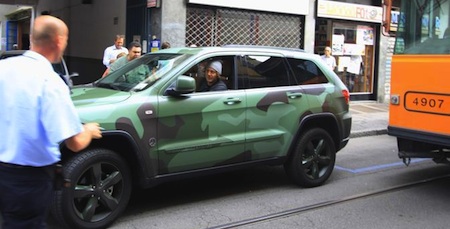 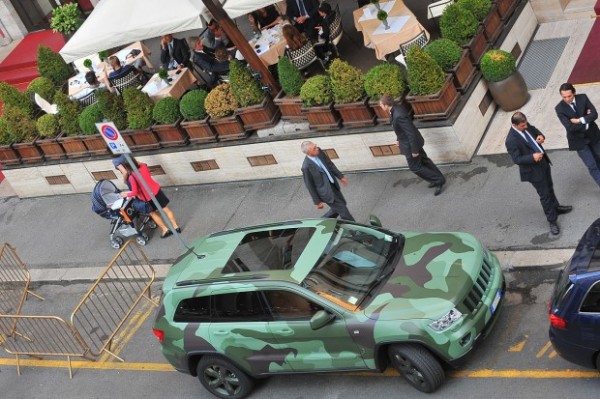