NBA point guard, Nate Robinson gives a behind the scenes look at his DUB Magazine photo shoot through his YouTube channel and Nate Robinson’s State Of Nate series showcasing his current garage which includes, a Range Rover Sport Supercharged, a Cadillac CTS-V, a Porsche Panamera aka “the Superman car”, and a 1972 Pontiac Firebird. These certainly aren’t the only cars Robinson’s had through the years though. You’ll hear him talk about all the other cars he’s had in his garage and how he started his car game back when he was just 23 years old with his first major purchase — a 2005 Hummer H2. 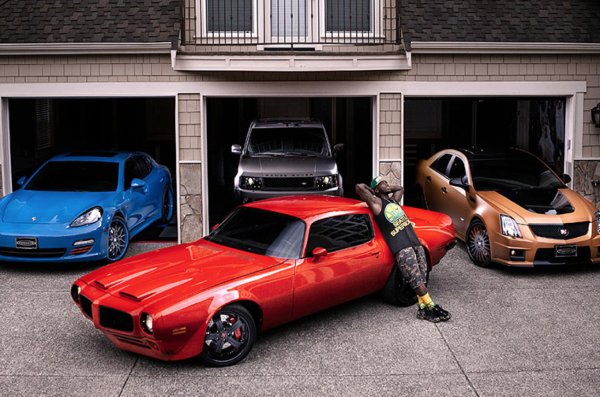 This video is pretty long but it’s definitely worth watching.

Shout out to Shonaya for the tip!

2 Responses to Video: Behind The Scenes with Nate Robinson’s Rides