We all know that Ryan Sheckler is one great skateboarder but who would have known that he could have such amazing style when it comes to his rides. To date, we have covered Sheckler’s Range Rover and Sheckler’s new Mercedes Benz, but we never dropped in on some of his white whips.

So here you go, Ryan Sheckler’s Jeep Wrangler Unlimited done up in all white by DUB magazine and crew. 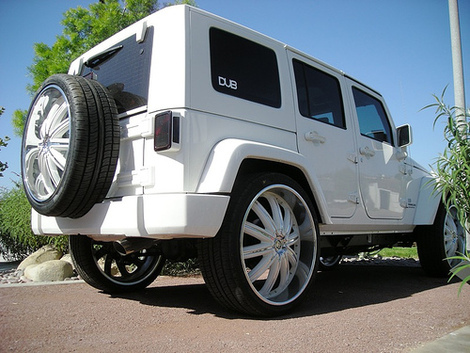