Everything You Need To Know About Ryan Gosling

In 2004, Ryan Gosling captured the hearts of many hopeless romantics across the country in the film adaptation of Nicholas Sparks’ The Notebook. This romantic film of the summer opened numerous opportunities for the Canadian born actor, and his movie career shows no signs of slowing down.
Although Ryan gained national attention after his portrayal of Noah Calhoun in The Notebook, he already had a solid acting career under his belt. He starred in the mid-90s in The Mickey Mouse Club alongside other future stars, such as Britney Spears and Justin Timberlake. He also starred in other hit television shows such as Goosebumps and Are You Afraid of the Dark? Before The Notebook, another popular film the Ontario-born actor starred in was Murder by Numbers. He soon started dating co-star Sandra Bullock.
The success of The Notebook has led Ryan to a full-fledged film career, including many independent movies. Some prominent films include Half Nelson, Blue Valentine, Crazy Stupid Love, and Drive. Aside from his acting career, Ryan keeps busy with charity work, including campaigns with PETA and Invisible Children. He even owns his own Moroccan restaurant in the upscale town of Beverly Hills. 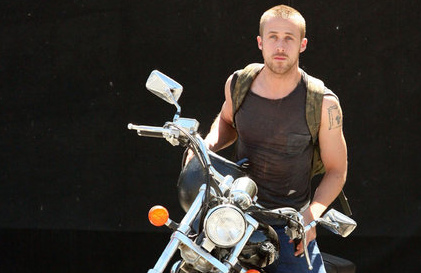