Do you wonder what it’s like when a celebrity goes in to buy a car? Well it sounds like one Rolls-Royce worker thought others would like to know so he snapped a photo of David Beckham while he was in to purchase his new Rolls-Royce Drophead Coupe that we’ve been talking about. 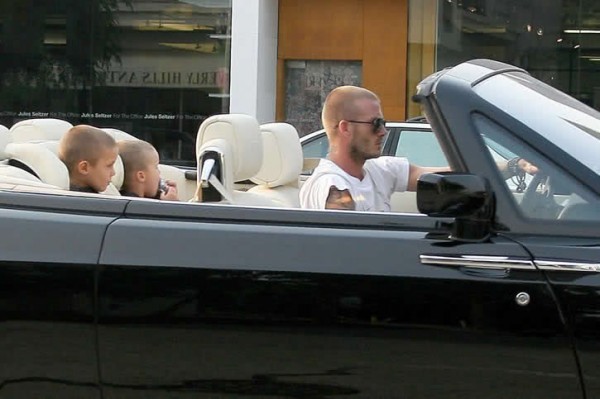 But the dad of five claimed he had been using his mobile phone to send a text — NOT take a picture of the star.

Raff, 54, revealed his message said: “Guess who I bumped into at work. David bloody BECKHAM and his tattoos. He looks like a tanned YOB.”

Raff was spotted holding his mobile as Becks toured the factory in Goodwood, West Sussex, just before learning he had been dropped by new England manager Fabio Capello.

But Raff insisted: “I never took a photo.”

Raff, of Worthing, was fired from his £21,000-a-year job though no snaps were found.

He said: “Bosses told me Beckham had cancelled an order because of what happened.”

Rolls-Royce said: “Employees are aware of how they should behave, which includes not taking pictures.

He was seen by four people attempting to take one of our visitor.”

A spokesman for Becks said it was “nonsense” to suggest he cancelled a car order.

Check out the whole story at The Sun.

Since day one when David Beckham stepped foot on US soil he has been rolling some pretty sick blacked out whips. While most of them were off the shelf cars that you and I could own, he’s recently stepped the game up quite a bit and his latest ride is nothing short of the best money can buy! 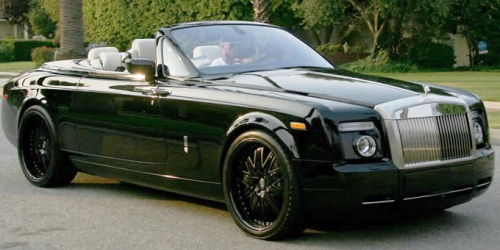 Question of the day, why is Busta Rhymes at the gas station filling up his own tires in his Rolls Royce Phantom while the dude in the suit stands around? I was thinking it should be the other way around. You tell me… 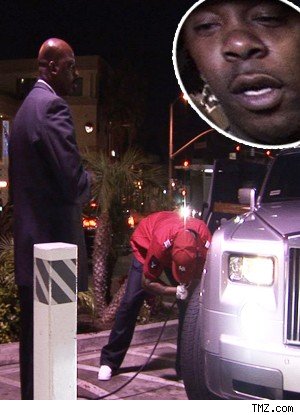 Well, this wild story is true as luck would have it if your name is Puff Daddy, Sean Combs, P Diddy, or Diddy as his Maybach was rear-ended out site of a swank night club up in NYC.

Check out Diddy’s Maybach after being rear-ended by the Rolls Royce Phantom! 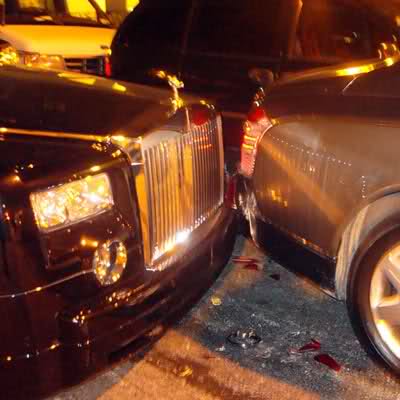 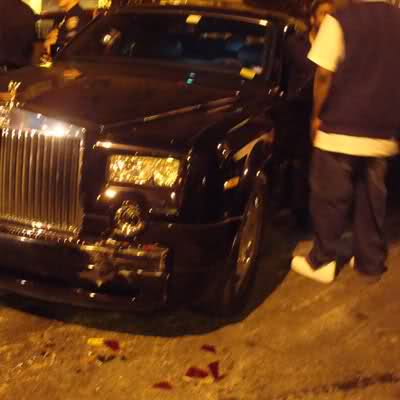 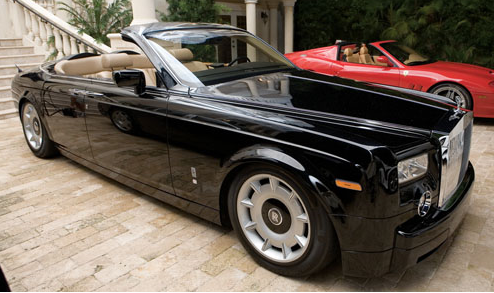