Lewis Hamilton crashed his Pagani Zonda 760LH in Monaco earlier this week. Hamilton broke the news about the accident on his Instagram account saying that the car was obviously damaged and he made very light contact with a stationary vehicle but luckily nobody was hurt. Could you imagine crashing a one-off custom Pagani Zonda 760LH?! Ouch.

Dear TeamLH, just wanted to let you know why things have been quiet on social media the past few days. I’ve not been well with a fever but I also had a road accident in Monaco on Monday night. Whilst ultimately, it is nobody’s business, there are people knowing my position that will try to take advantage of the situation and make a quick buck. NO problem. Nobody was hurt, which is the most important thing. But the car was obviously damaged and I made very light contact with a stationary vehicle. Talking with the team and my doctor, we decided together that it was best for me to rest at home and leave a day later. But i am feeling better and am currently boarding the plane to Brazil. However, I am informing you because I feel we all must take responsibility for our actions. Mistakes happen to us all but what’s important is that we learn from them and grow. Can’t wait for the weekend Brazil?? Bless Lewis

Here’s Hamilton with his Pagani in Monaco earlier this year: 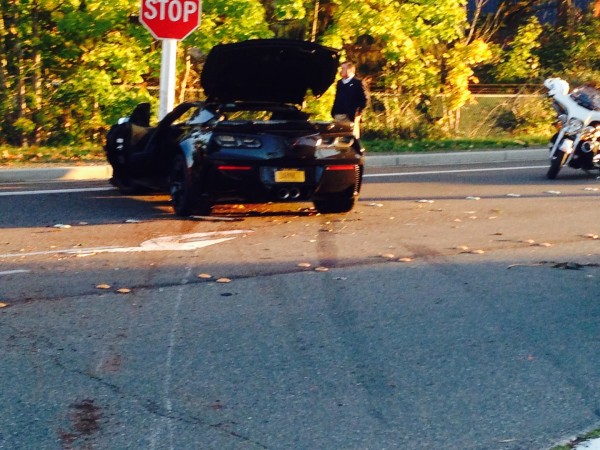 Spikes has been released from the New England Patriots after his Maybach was found abandoned on the side of the road with significant damage from what sounds like hit and run. Here are some photos Spikes had recently shared of his Maybach sitting on what I’d say are some pretty ugly wheels. 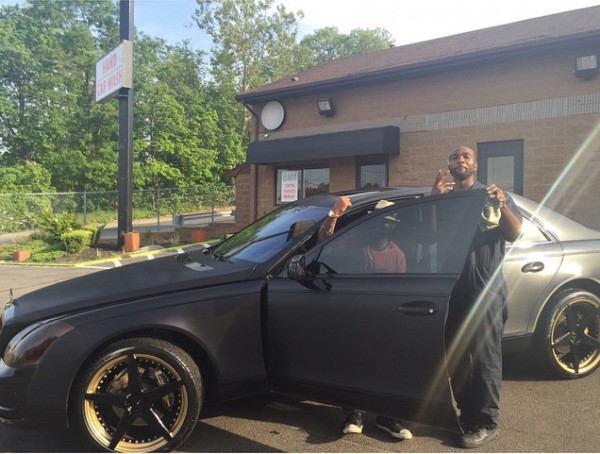 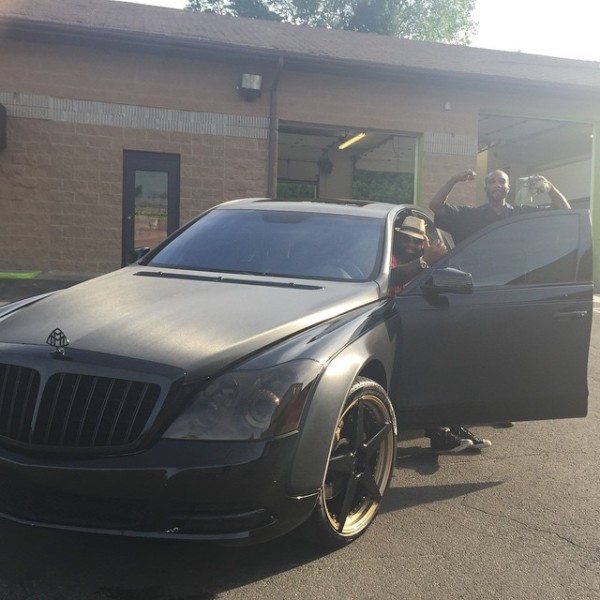 While it’s still not clear if Spikes was the one behind the wheel, or what really happened, things don’t look good for the future of his Maybach. Here are some photos of the car after the crash: 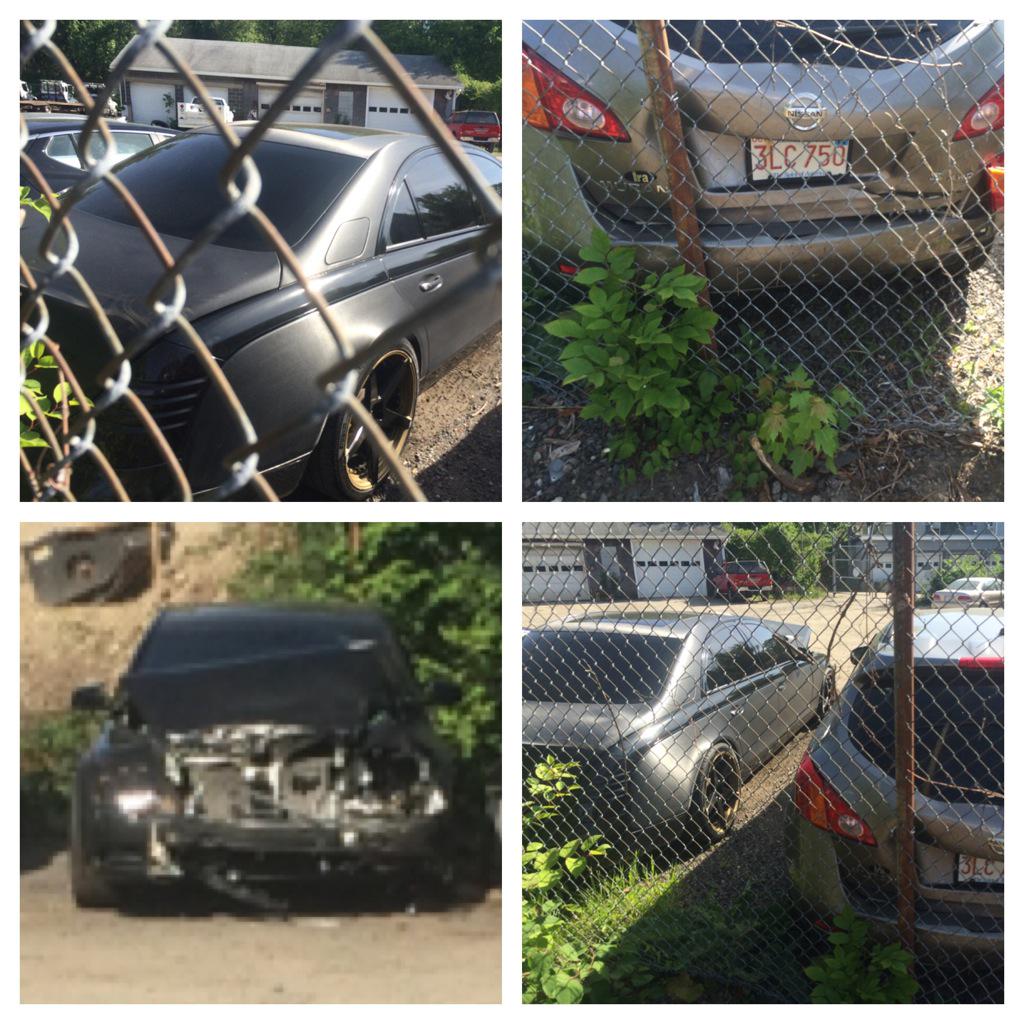 Million Dollar Listing Miami star, Chris Leavitt traded his BMW 650i into the dealership for a new BMW M6 earlier this week and he shared a photo of it on Instagram with the caption “time to turn it up a few notches”. TWO days later, he posted another photo of the new M6 totaled. Guess he turned it up a few too many notches. SMH. 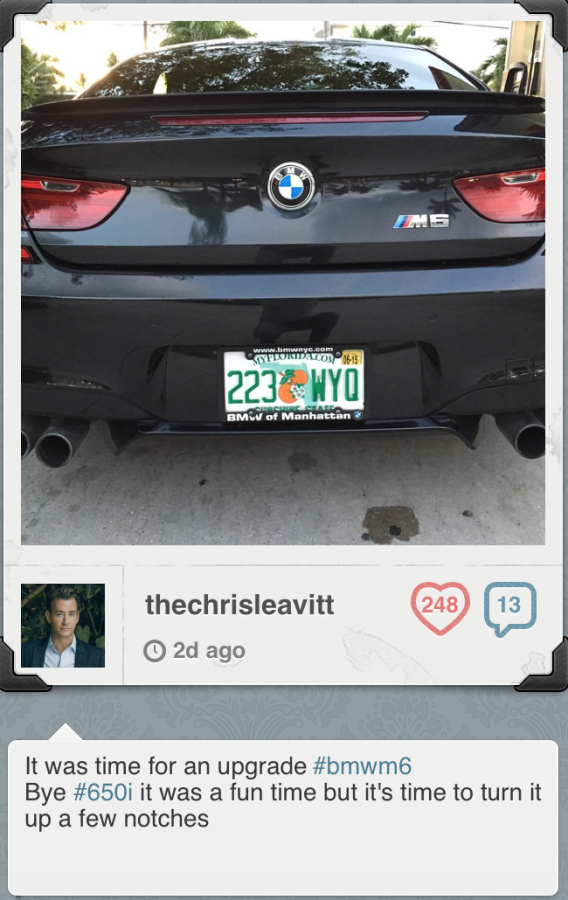 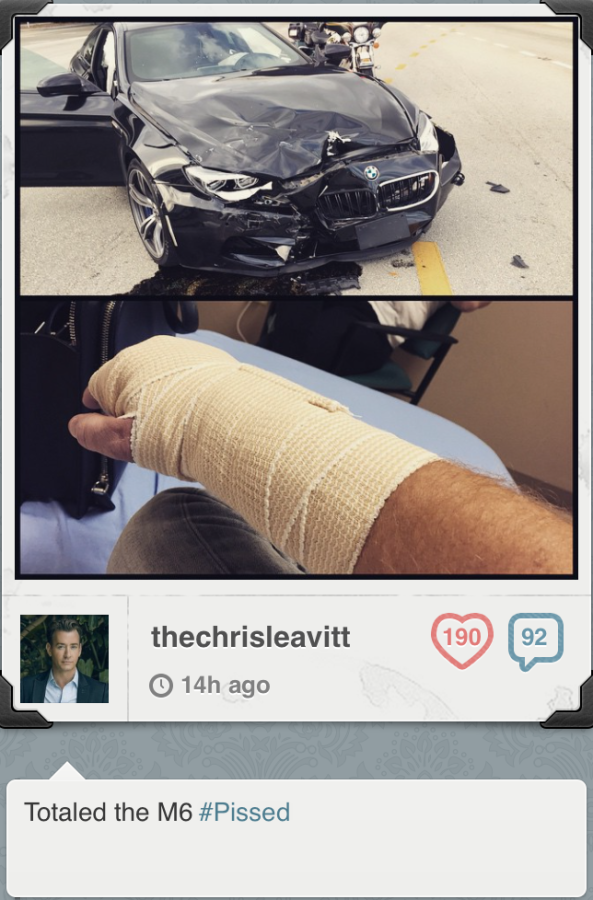 The Bieb’s was driving his newly wrapped matte red Ferrari in Hollywood yesterday when a paparazzi driving a Toyota Prius rear-ended him. According to TMZ, Justin was annoyed that they were following him so he decided to slam on his breaks and that’s when the Prius hit him.

Here’s a thought: when you’re driving a Ferrari and you have a little Toyota Prius following you, instead of slamming on the breaks, punch it and and lose him. 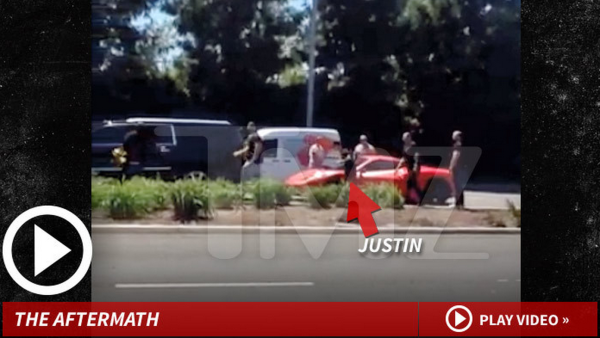 Check out the video below:

Justin Bieber — Rear-Ended in West Hollywood
– Watch More
Celebrity Videos
or
Subscribe
1 of 61234...»Last »
Advertise · Contact Us · About the Author