Everything You Need To Know About Zoe Saldana

From Pirates of the Caribbean to Avatar, Zoe Saldana has had quite the action-packed career. She was born in New Jersey but moved around quite a bit during her youth. Her family lived in Queens until her father died in an auto accident. After the tragedy, she moved with her mom to the Dominican Republic until she started to seriously pursue performing arts. During high school, they moved back to NYC so Zoe could take on the career of her dreams.
Zoe’s first successful role was in the 2000 film Center Stage. It was a drama based on a fictitious NYC ballet academy that focused on the young dancers’ personal lives. She appeared in numerous other films during the beginning of the millennium, such as Crossroads, The Terminal, Pirates of the Caribbean: The Curse of the Black Pearl and Guess Who.
In 2009, she made it even bigger in her role of Uhura in Star Trek. That same year she also starred in her most publicly known role to date as Neytiri in Avatar. She is going to be a part of sequels to both of these movies. In the meantime, she has been a part of other successful films such as Colombiana, Death at a Funeral and The Losers. With all the action and comedy films under Zoe’s sleeve, fans can’t wait to see what she is a part of next. 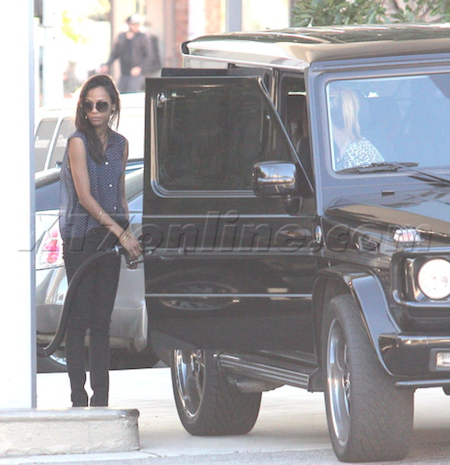