Everything You Need To Know About Usher

Usher is considered one of the best R&B artists of our generation. Not only does he have numerous number-one charts under his belt, but he has also mentored other rising artists in the industry, too. He has been going strong for over two decades, and it doesn’t look like Usher will be taking it “nice and slow” anytime soon.
He was born in Texas, but Usher grew up in Chattanooga, Tennessee with his mother and step-father. His family recognized his singing talents early on and the future R&B star got his start in choirs and small singing groups. Usher got his big break in the early 90s with the help of Sean Combs (known in that era as Puff Daddy). His self-titled album was a moderate success, but his first major hits were “You Make Me Wanna” and “Nice and Slow,” both of which were featured on the 1997 album My Way.
Since his rise in the late 1990s, Usher has kept his music relevant in the new millennium, too. On top of his music career, the singer has also appeared in movies, such as The Faculty, She’s All That and Texas Rangers. He is credited for helping mentor Justin Bieber, the latest teen heartthrob in the music industry. On top of all this, Usher still has time to give back to the community through various philanthropy projects. 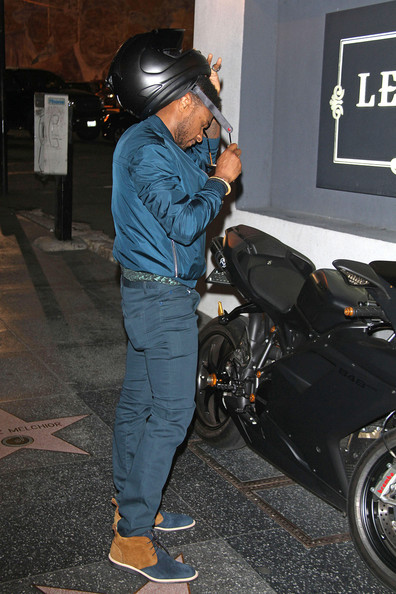 Usher In A Cadillac Escalade