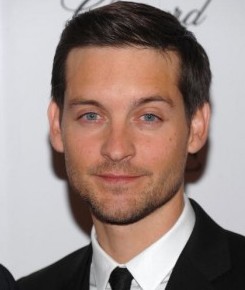 Everything You Need To Know About Tobey Maguire

He may be best-known for his lead role as Peter Parker in the Spider-Man movies, but Tobey Maguire is no stranger to Hollywood. This Santa Monica born actor got his start in the industry during his childhood. He originally wanted to take up cooking, but his mother urged him to pursue drama in school instead. As a result, Tobey made a film appearance by the age of 14, and he continued to star in small television roles throughout the early 90s.
Tobey started to rise to fame at the turn of the century through roles in hit films. Before starring in Spider-Man, the actor also had lead roles in Pleasantville and The Cider House Rules. He has been nominated for numerous awards, and he won the Saturn Award for Best Actor in 2004 for his work in Spider-Man 2. While Tobey continues to pursue acting, he has also taken on producing.
When Tobey isn’t working on his film career, he is busy with his growing family. He is married to jewelry designer Jennifer Meyer, who he met on the set of Seabiscuit. Meyer’s father is the CEO of Universal Studios. Tobey and Jennifer have a daughter and a son together.