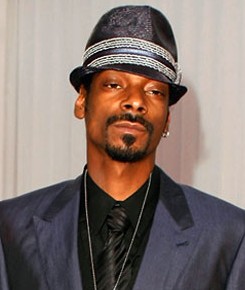 Everything You Need To Know About Snoop Dogg

Do you know Calvin Cordozar Broadus, Jr.? If not, how about Snoop Dogg or Snoop Doggy Dogg? Calvin changed his name to the stage name of Snoop Dogg in the early 1990s when he officially entered the rap music scene. With the help of The D.O.C. and Dr. Dre, Snoop Dogg enjoyed swift popularity along with his 1993 debut record, Doggystyle.
Aside from his music talents, Snoop Dogg is also known for his appreciation for illegal drugs. He has made it publicly known that he uses drugs, and many of his songs have stemmed from past run-ins with the law. His first run-in with the law occurred in high school after he was caught with cocaine.
While the world has praised Snoop Dogg for his insane rap skills for quite some time, the artist stunned the world in 2012 when he announced his evolution as a lion. He officially announced that he would no longer be doing rap music, and would instead pursue reggae music under the name Snoop Lion. Even Dr. Dre seemed shocked.
Whether you refer to him as the Dogg or Lion, Snoop is here to stay in the music world. Fans around the world have enjoyed seeing his evolution as an artist, no matter what animal he aspires to be like.