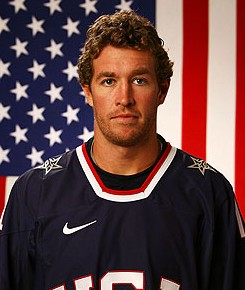 Everything You Need To Know About Ryan Malone

Ryan Malone is a Left Wing hockey player who has achieved success in a short amount of time. He currently plays for the NHL team Tampa Bay Lightning. However, Ryan was lucky enough to begin his career close to home before emerging out into other parts of the country.
This notable hockey player was born near the city of Pittsburgh, Pennsylvania. He played the game in both high school and college. After college at St. Cloud State University in Minnesota, Ryan played a few games in the American Hockey League before being recruited into the NHL. He was drafted into the Pittsburgh Penguins in 2003. This was especially notable not only because his father played for the team, but Ryan was also the first player from Pittsburgh to join the Penguins.
Ryan played with the Penguins through the 2008 Stanley Cup Finals, in which the team was defeated by the Detroit Red Wings. However, Ryan persevered in his career. Later that year, he signed with the Tampa Bay Lightning for a total contract of $31.5 million to span seven years. Ryan is a fierce hockey player who will undoubtedly keep a strong record over the course of his exciting career.