Everything You Need To Know About Birdman

Being a millionaire is glamorous, but Bryan Williams knows that it takes hard work and persistence to get there. More commonly known as Birdman, Williams was estimated by Forbes as having a recent net worth of $110 million. Not too shabby for the rapper and hip hop producer.
But just how does one reach the point of gaining a net worth of over $100 million? From 1997 to 2004, Birdman was part of a rap duo called the Big Tymers. During his “tyme” with the group, Birdman contributed to numerous hits and a Grammy nomination for “Still Fly.” More recently, Birdman has done collaborations with Lil Wayne, Bow Wow, T-Pain and DJ Khaled. He is also one of the co-founders of Cash Money Records, which was founded to help young artists prosper and get out of the projects.
While Birdman helps other artists prosper, there is no doubt that he is doing well himself. He is no stranger when it comes to large homes and expensive cars. At the same time, he overcame a few legal troubles in the last few years, including marijuana possession charges and copyright infringement. Still, Birdman is a large influence in the hip hop community and he is sure to continue to build success despite such cases that may be brought against him. 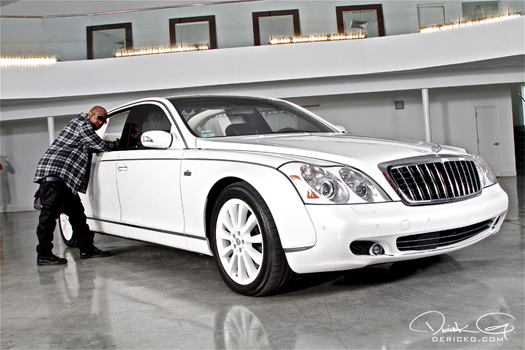