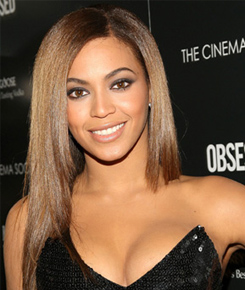 Everything You Need To Know About Beyonce

Beyonce Giselle Knowles was born to be a legend. Born in Houston, Texas, Beyonce is the daughter of record manager Mathew Knowles, and a designer and stylist, Tina. The legendary singer and performer loved music at a young age. In elementary school she tools multiple dancing and singing classes. She also performed solo numbers at her church. At just seven years old, she gained press attention in the Houston Chronicle for her singing and performing arts nominations.
The strong singer first came into the national spotlight with her group, Destiny’s Child. They started recording songs in the mid-90s but gained even more popularity at the turn of the century. Beyonce was the powerful lead singer that held the group together, despite some of the changes in line-up during the peak of their fame. In 2001, the girls parted ways and Beyonce was left to focus on a soon-to-be successful solo career with some acting strewn in between.
Not only is Beyonce fulfilling her career dreams, but she also has a personal life many people envy. She started dating hip-hop legend Jay-Z in 2002, and they later wed in 2008. Before their official wedding, the couple was deemed as one of the wealthiest and most powerful. Beyonce also has the role of mommy to handle these days, after giving birth to the couple’s daughter, Blue Ivy, in January 2012.

Beyonce and Her Shoes Step Out In Style

Beyonce’s Mercedes-Benz S-Class While In Paris