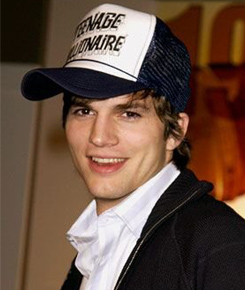 Everything You Need To Know About Ashton Kutcher

Ashton Kutcher’s fame and success seem to be destiny. Formally known as Christopher Ashton Kutcher, the actor was actually an aspiring biochemical engineer who once never considered such a colorful industry. His past career endeavor stems from a desire to help his twin brother, who suffers from cerebral palsy as well as a heart ailment. However, college wasn’t the right fit for the wild child, and Ashton was soon kicked out of his apartment for partying too much Soon after, a modeling coach recruited Ashton and he dropped out of college to pursue a career in modeling and acting.
The wild child got his start on the hit comedy That 70’s Show, which had a long run from 1998 to 2006. During this time, he landed roles in major films, such as Dude, Where’s My Car? and The Butterfly Effect. Ashton has also produced various television series from Punk’d to Beauty and the Geek. Now he is the notable Walden Schmidt, a character who replaced Charlie Sheen’s legendary Charlie Harper on CBS’s Two and a Half Men.
Ashton further enhanced his wild persona when he started dating Demi Moore in 2003. The couple later wed in 2005, despite the controversy over their 15-year age difference. Sadly, the couple announced their plans to divorce in 2011. Despite his down moments, Ashton continues to hold a large fan base—in fact, he was the first Twitter user to gain one million followers in 2009.

Ashton Getting Out Of His Fisker Karma 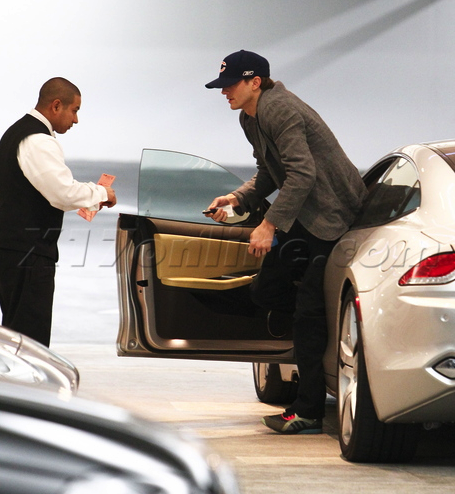