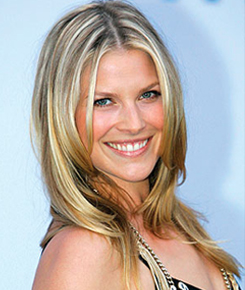 Everything You Need To Know About Ali Larter

Ali Larter is a versatile actress who exudes a unique style in every role she takes on. She was originally born in New Jersey as Alison Elizabeth Larter, where she first became a model while she attended Cherry Hill High School West. While Ali later pursued an acting career in Los Angeles, she is still a model with elite IMG Models agency.
Acting is undoubtedly a difficult industry to break into, but Ali persisted throughout the 90s by landing regular television spots. She appeared in Just Shoot Me!, as well as the infamous Dawson’s Creek. Ali made her official movie debut with a supporting role in Varsity Blues. She went on to land major roles in other films, such as Final Destination, House on Haunted Hill, Jay and Silent Bob Strike Back, A Lot Like Love and Legally Blonde.
Ali took some much-deserved time off in 2002 to pursue her personal interests. She married long-time boyfriend Hayes MacArthur in 2009, and the couple had a son together in December 2010. She continues to land prominent television and movie roles, and she is also a participant in women’s rights groups. Most notably, Ali was one of the many faces of the “Women Deliver” conference held by the United Nations in 2010.