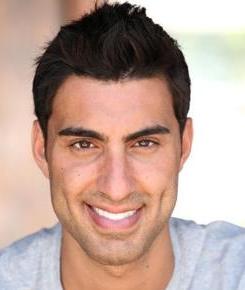 Everything You Need To Know About Adam Sabbagh

Adam Sabbagh tends to be everywhere these days. From photos in leading magazines, to top social events and movies, he is sweeping the industry with a quick rise to fame on an international scale. Still, like many socialites, fans have many questions as to where Adam came from and how exactly he became famous.
The reason why Adam is so comfortable with the international scene is because he grew up traveling between countries. As the son of a diplomat, he was able to master several different languages from his father’s job, as well as his frequent travels. Adam lived mostly in Lebanon and France, and eventually went to college at Lebanese University. Since then, he has strived to be a businessman in multiple nations, particularly in the U.S. and Europe.
Over the last few years, Adam has pursued various interests that have translated to increased popularity and financial gains. He is a client with Major Model Management, and is no stranger to photo shoots and runways. Adam created a huge media frenzy in 2011 when he bought a custom Porsche from David Beckham. On top of all that, he has started landing roles in film and television in between participating in social gatherings in major cities across the world.

Adam Sabbagh And Liz Leyda In A Porsche Turbo

Adam’s Porsche Got A Little Banged Up

Adam Sabbagh’s Turbo Up For Sale