I’ll be honest I smile seeing Craig Jackson around a Bugatti Veyron rather than a ton of lime-green and B5-blue Mopars and I’m impressed that he has a Veyron in the garage despite what house he keeps it at!  You see when own the OG car auction that caters to celebrities and collectors alike you probably can have what ever you want.  I’ve got no idea what else Craig Jackson has in the garage but I’m guessing he’s got some very cool cars

Either way check out this great episode of CarCast and see for yourself!

As for the ISF in the background, we’ve got no idea who owns that. I doubt it’s Adam’s!

A while back we saw some inside shots of Adam Carolla’s new garage and we spotted a DB9 under the cover. Well we just came across this great walk around with Adam Carolla giving us the walk around of his car including all the modifications he made. This is a true celebrity car! I freaking love the interior! 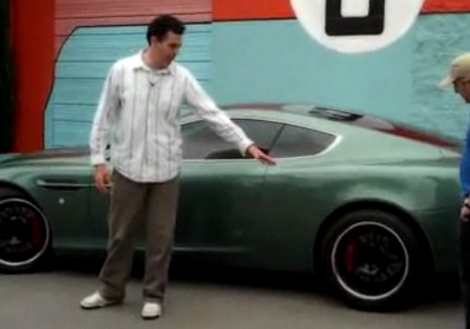 The below image may not have Adam Carolla in it but this is the super garage Adam is building to house his collection.  Must be nice to have enough money to build a swanky garage and parlor. 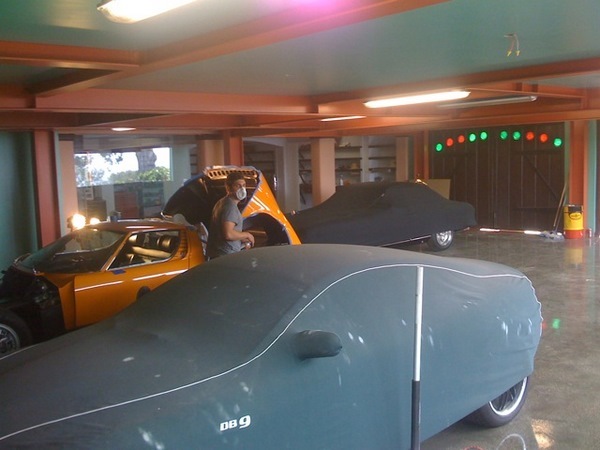