At the age of 18, Kylie Jenner is living the life every teenager dreams of. She owns a $2.7 million mansion in Calabasas, California and has a garage full of some of the most exotic and expensive cars anyone can ever dream of. How does Kylie make her money? Well, besides being a reality television personality, socialite, and model – Kylie also has her own app that gives you inside access to her life and also hosts many events around the West Coast. All her ventures have allowed her to achieve an estimated net worth of over $5 million.

Of course, while we appreciate the lifestyles of the rich and famous we’re most interested in what they park in their garage. So let’s take a look at what Kylie’s whip closet looks like. 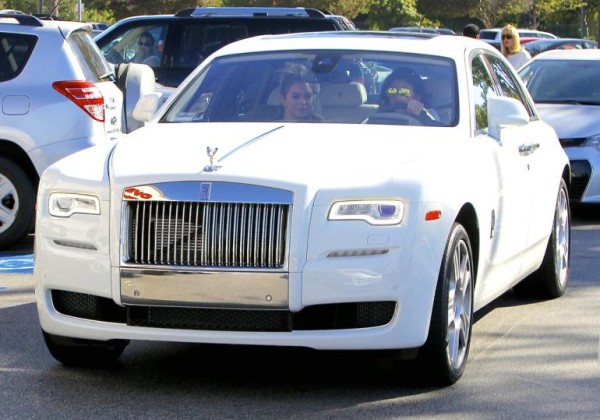 Rolls-Royce Ghost: The most recent addition to her garage is brand-new and all-white $320,000 Rolls-Royce Ghost which she recently purchased after her birthday as a gift to herself. Shortly after her boyfriend Tyga decided that anything Kylie can do he can do better and ended up getting himself a Phantom Coupe, which costs $438,000.