Everything You Need To Know About Vin Diesel

Vin Diesel is one of action’s leading actors these days. He came to prominence in the late 90s with the help of his role in Steven Spielberg’s Saving Private Ryan. Since then he has enjoyed box office successes as an actor, as well as a writer and producer. While his name is commonplace in Hollywood, this actor had humble beginnings.
Vin was born and raised in New York City. He had an early interest in creative writing and acting. As a child he participated in numerous theatre productions around Manhattan. During his spare time, Vin also wrote stories. This passion would lead him to attend Hunter College to study English. Vin also utilized his stature for work as a bouncer in area nightclubs. In the middle of his college career, he decided to drop out and pursue acting full-time. In 1995, the Cannes Film Festival featured Multi-Facial, which he wrote and produced.
Multi-Facial caught the attention of Spielberg, who would approach Vin for a role in Saving Private Ryan. Since then, Vin has had the privilege of starring in numerous popular films, such as Fast and Furious, Boiler Room, Pitch Black, The Pacifier and xXx. 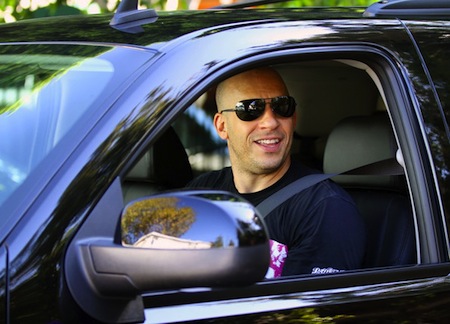