Everything You Need To Know About Sarah Michelle Gellar

In the late 90s, horror movie fans honed in on Helen Shivers, a beautiful character in the film I Know What You Did Last Summer. While this movie might not be considered as one of the best of all time, it was a box-office hit that put Helen, or Sarah Michelle Gellar, in the spotlight for both her beauty and her acting abilities.
Sarah Michelle Gellar is a New York City girl, and she grew up in the city as an only child. She started her acting career young after being recruited by an agent in Manhattan when Sarah was just four years old. She frequently landed in national commercials as well as movies and television series. After the great success of I Know What You Did Last Summer in 1997, Sarah has starred in other hits such as Scream 2, She’s All That, Scooby Doo, Cruel Intentions and The Grudge. On top of all that, she starred in the hit television series, Buffy the Vampire Slayer.
Sarah’s personal focus on family life is the reason why we don’t see her acting as much these days. In 2002, she married frequent co-star Freddie Prinze, Jr. The couple also has a daughter together, which is the reason why Sarah is taking a much-deserved break from work. 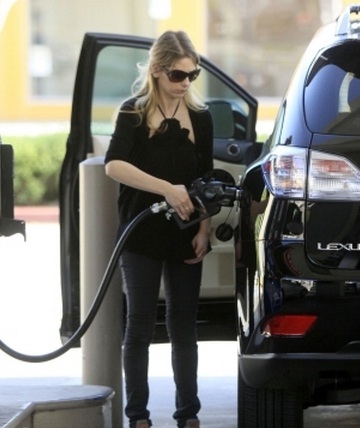