Everything You Need To Know About Samantha Ronson

Samantha Ronson is one of the leading female DJs in the music industry. Her talents were recognized early in life, and she was able to utilize her writing, singing and disc-jockey talents to secure contracts at the turn of the century. While her personal life has often overshadowed her professional career, Samantha continues to be well appreciated for her talent and style.
Samantha was born in London, but moved to New York City with her mother when she was six years old. She became interested in music at a young age, and the city was full of opportunities. While she attended private school, Samantha became involved with a rap group. Later she would fill a DJ spot at a club. To her surprise, she was quite skilled at the job and would pursue this gig professionally along with singing-songwriting. She started releasing her own music with Jay-Z’s Roc-A-Fella Records, and would eventually release her songs on her personal record label, Broken Toy Records.
While she is popular on her own as an artist, Samantha unexpectedly rose to tabloid popularity when she began dating Lindsay Lohan a few years back. The couple are no longer together. Samantha has stated to various media outlets that the paparazzi attention on her and Lindsay’s relationship was the primary cause of its deterioration, although the two remain friends. 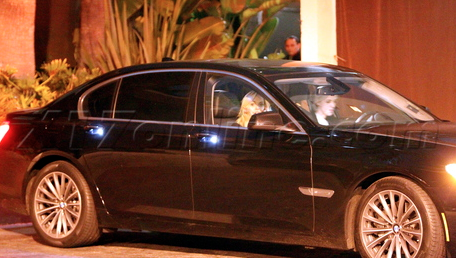