Everything You Need To Know About Kourtney Kardashian

As the eldest sister of the Kardashian clan, Kourtney has a lot to live up to. Although her middle sister, Kim, gains the majority of the family attention, there is an unspoken requirement that Kourtney should set the example. The 33-year-old reality television star first got her start in 2005 as a contestant on E!’s Filthy Rich: Cattle Drive. A couple of years later, her reality stardom went to the next level with Keeping Up with the Kardashians.
Kourtney is the shortest of her sisters at only five feet tall, but she still retains multiple modeling opportunities due to her fame, beauty, and natural penchant for fashion. She also shares multiple business ventures with her two sisters, Kim and Khloe, including part ownership of three D-A-S-H boutique stores, as well as exclusive clothing lines with Bebe and Sears. Kourtney also has endorsements with Quick Trim supplements and PerfectSkin skincare with her sisters.
Despite all of her career ventures and natural beauty, it is Kourtney’s personal life that always seems to take center stage. Her on-and-off again relationship with Scott Disick keeps the tabloids busy, and Kourtney herself experienced a tumultuous time in 2008 when she felt his excessive drinking was adversely affecting their relationship.
Kourtney took on the most important job of her life in 2009 when she became mommy to Mason Disick in 2009. The newest Kardashian mommy doesn’t thrust baby Mason into the limelight as much as other celebrity parents do, and she will likely be just as discreet with the birth of her and Scott’s daughter in 2012. Now we’re just waiting to see if Kourtney and Scott will ever exchange their “I Do’s.”

Kourtney Getting Into Her Mercedes S-Class 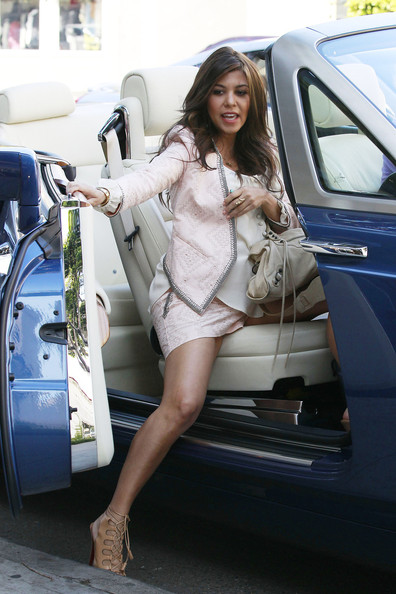 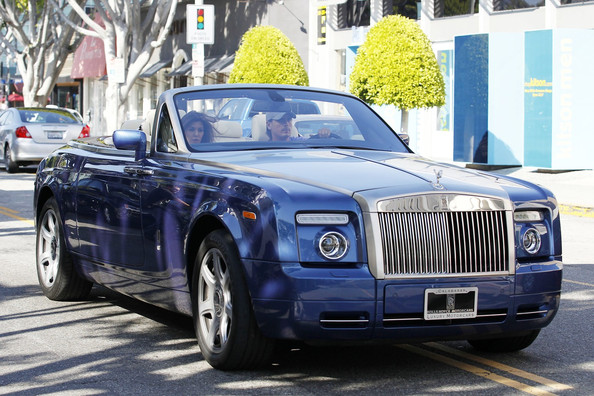 More Photos of Koutrney Out And About With Scott Disick 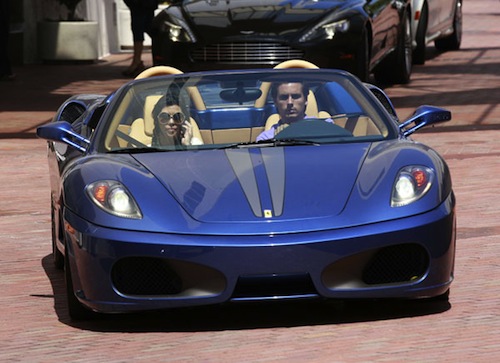