We’re seen Sir-Mix-Alot’s rolodex of cars he’s owned but his newest whip has us speechless!  Well not exactly speechless but we’re proud to see a true car guy hop out in such an amazing supercar!  And correct me if I’m wrong but aside from Dwayne Wade who was given a McLaren MP4-12C I think Sir-Mix-Alot is one of the first celeb, artist, or athlete to really step up to the plate and buy one of these! 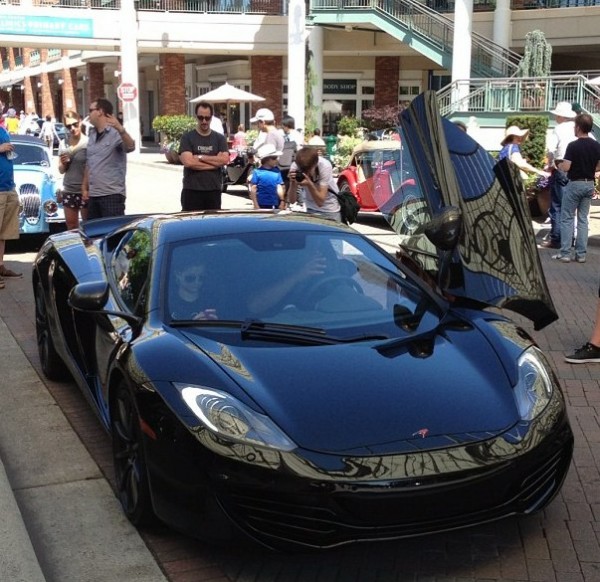 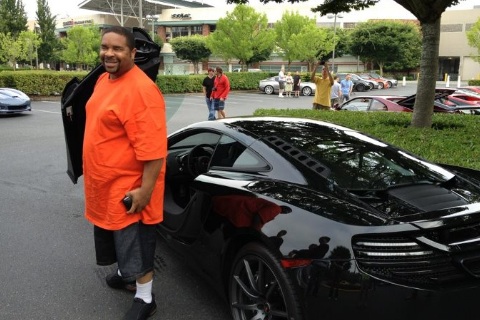 Photo from Mr_lambo on Instagram. Taken at Exotics at Redmond Town Center.

Sir Mix-A-Lot and Arnold Schwarzenegger might be two completely different celebrities but money and cars are two things that they do have in common. So why not throw the big bucks down for a Bugatti?

Wouldn’t you love to see The Terminator or Sir Mix-A-Lot behind the wheel of a Bugatti? We would.

Last week we told you all about the latest song and video from Sir-Mix-Alot and now you get to see it!

Last week we were invited to the Sir-Mix-Alot’s video premiere of Carz and it was sick.  The song dropped on iTunes last week and the video hits Sir-Mix-Alot’s Youtube channel today.  You may be thinking that this music video is gonna have tons of big-ass girls everywhere but you’re completely wrong.  Despite your perception of who Sir-Mix-Alot is, he’s a car guy and lucky for you we got the chance to ask Sir-Mix-Alot a few questions and we even got our hands on some pics of his past cars that before now we’re not on the net!

Check out Some of Mix’s cars and our interview with him! 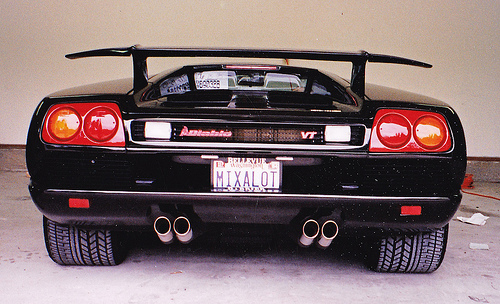 CCB: When did you first get the idea to make this video?

Sir-Mix-Alot: This video was my dream of mine from the day I shot “Posse on Broadway”.  I was squinting my eyes every time I drove past a car lot…. imagining myself walking through a shit load of exotics, popping off verbage on camera.   I grew up watching Miami Vice and as funny as that shit sounds now, that show was the first detective type show with cool music (back then), Uberballers and exotic cars.  I remember Wesley Snipes playing a bad guy driving the AMG Hammer Mercedes.  That was back when only people in the know were aware of the fact that an AMG Benz was as fast as a Ferrari.  Mercedes didn’t own AMG then so they were considered and tuner and poo poo’d by Merc dealers (they changed their minds later).  I remember seeing the Countach, Ferrari Daytona (which I suspect was a vette with a kit) and of course the cocaine white (in the 80’s we called everything that was white, cocaine white) Ferrari Testarossa.  I was a car nut before I could afford to be an owner. 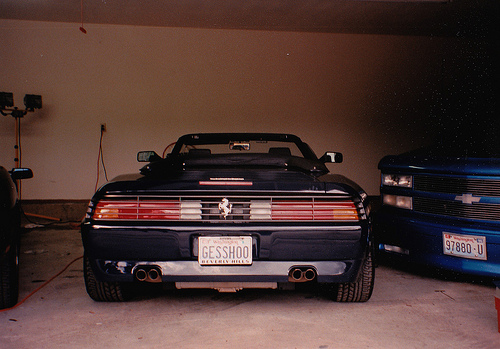 CCB: What’s your favorite verse from the new song?

Sir-Mix-Alot: My Favorite verse by far is the second.  I’ve always wanted to separate myself from collectors, garage queen owners and posers.  Because I rap, people often confuse me with those who buy a car to catch club chicks as they drive by or the guy who waxes his car every week waiting for the day when his friends come over to tell him what a damn pimped out nerd he is.  In that verse I CLEARLY let em know that aint me.  I drive em, I love em. I get em dirty, I fart in em and I’ll let folks sit in em.  These are depreciating assets not paintings. 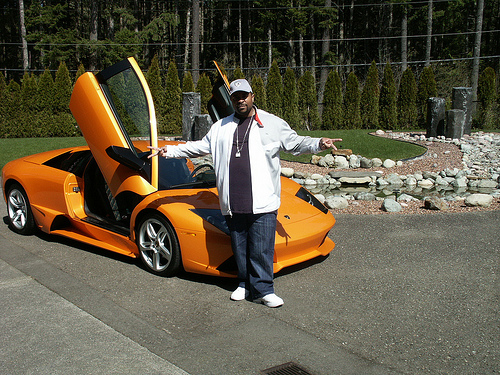 CCB: How about the choice of releasing the music video on Youtube?   Is this a normal move for artists today?

Sir-Mix-Alot: The big labels are so far behind the curve now-a-days that the artist are forced to go out and find their way alone.  This is probably the best thing that could have happened to the music industry.  The choice to spend this money on a video and to release it on YouTube was almost automatic.
It cracks me up when label snatches all of it’s videos off of YouTube.  I understand wanting it on your YouTube channel but to delete it all together is STUPID.  Riddle me this….. if in the 90’s we would sell our first born just to get played on MTV (which played free to the public) then why would a label take the video down from YouTube?  You’re getting plays worldwide, you can see how many views you have and check the demographics.
The labels are looking to monetize a video nowadays even though they only cost a fraction of what they used to to produce but they paid upwards of $250K for a video back in the 90’s and gave it to MTV, BET, VH1 of Video Jukebox for free because back then the object was to sell music first.  What a concept!  I will offer the video as a download for a small amount but it will be available on YouTube in HD for everybody.  FREE!!!!!!

And of course some more of Sir-Mix-Alot’s cars. 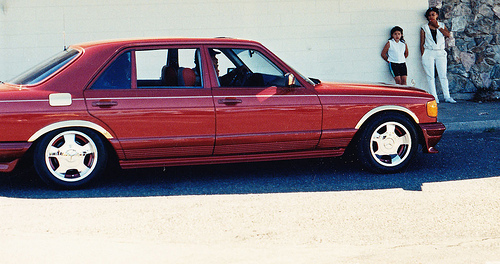 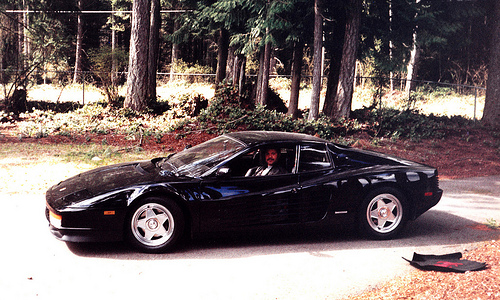 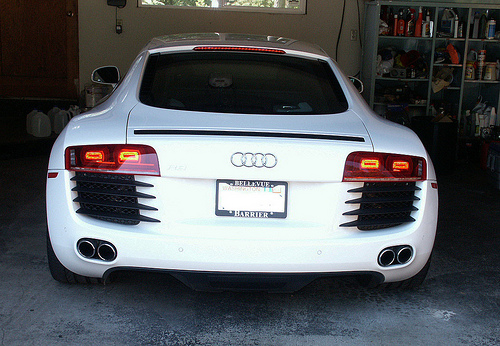 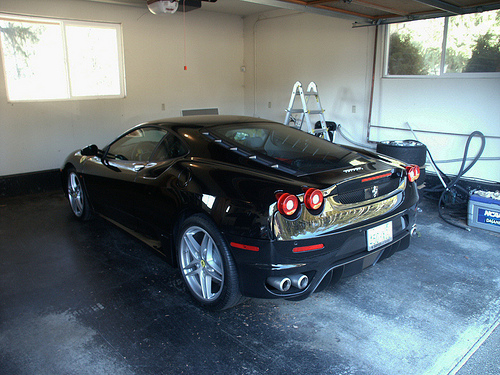 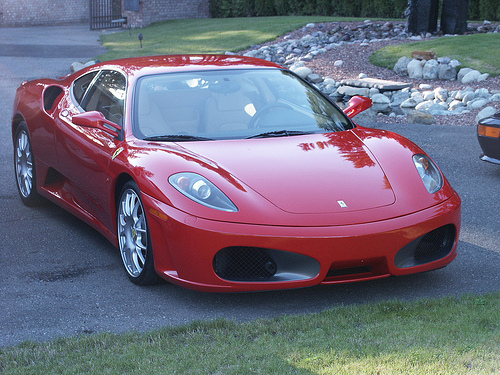 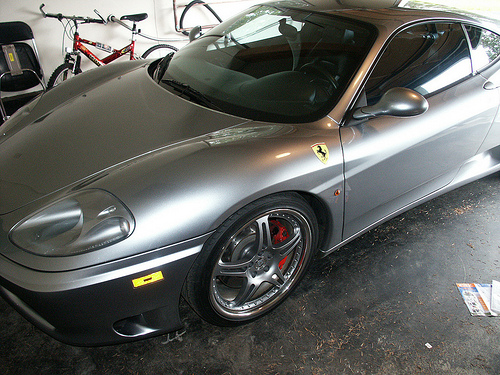 And yes, it keeps going. 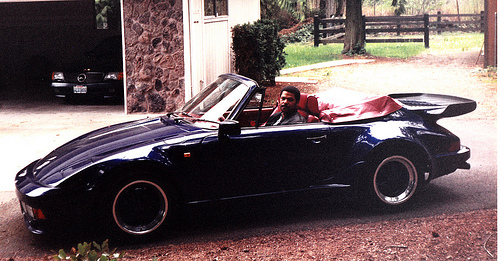 How about just one more. 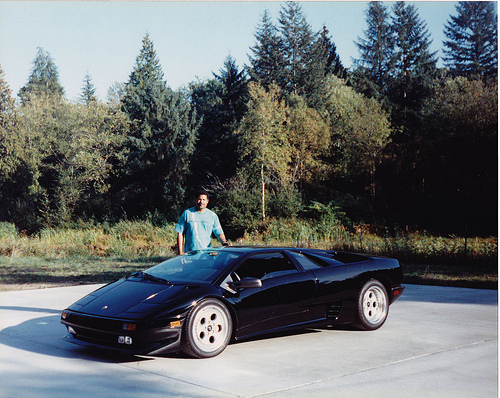 Or I could keep going. 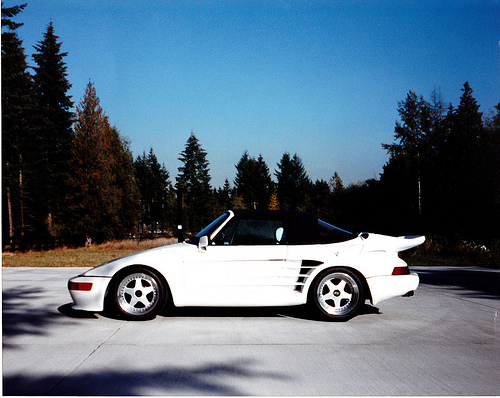 So you know that Sir-Mix-Alot Carz video we mentioned last week… well, it releases next Tuesday but we got the chance to see a premiere of it over the weekend and we’re totally stoked about it.

All we’re saying is that my suspensions stiff, I never trip!  See more about the video premiere over at Jalopnik!

UPDATE: Carz is up 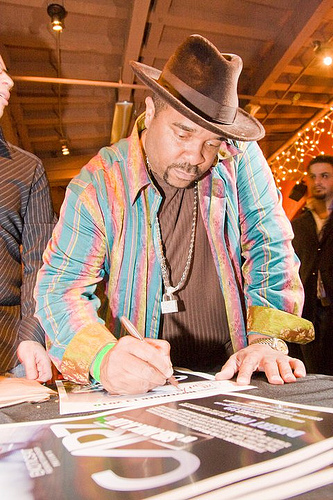