We don’t really know what Hulk Hogan’s son, Nick Hogan does with his days but we do know he loves to drop some cash when it comes to his rides. Nick recently posted photos on his Instagram of both his murdered out Mercedes-Benz S-Class and his Dodge Challenger. When we say murdered out S-Class we mean MURDERED OUT!

What do you think of Nick’s choice or cars? 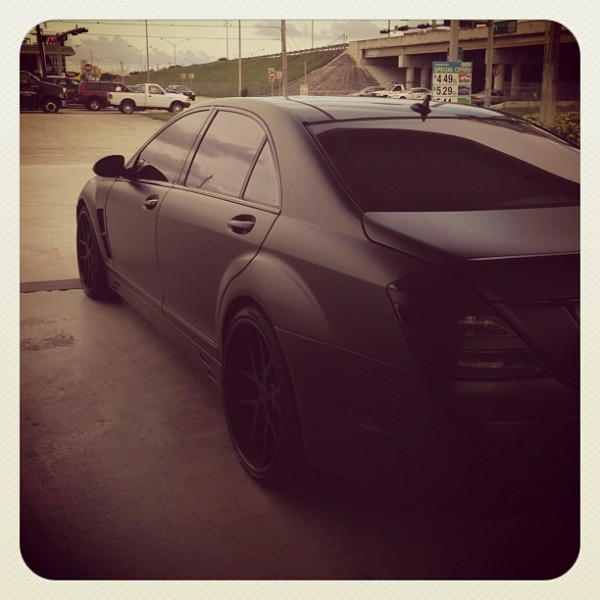 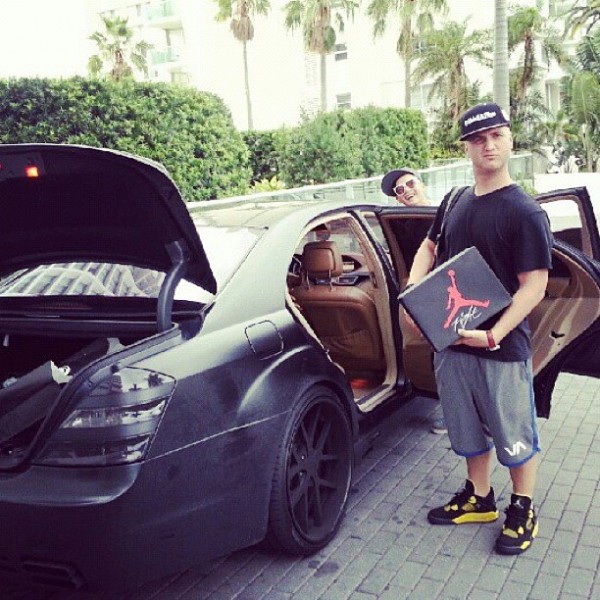 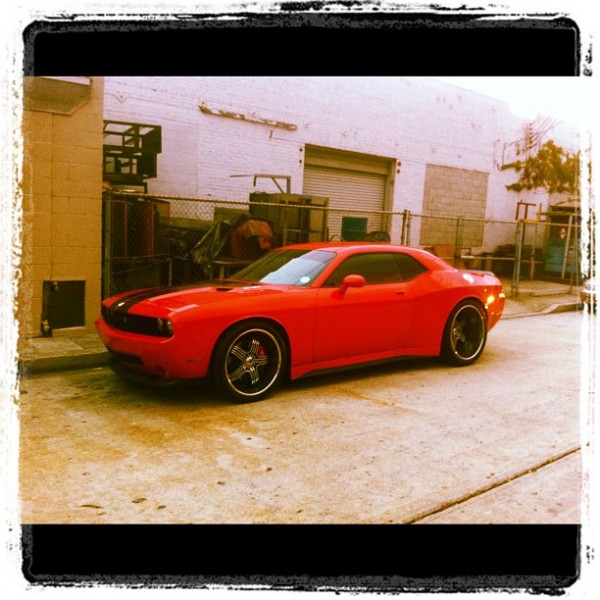 Shout out to RUFke for the photo tip! 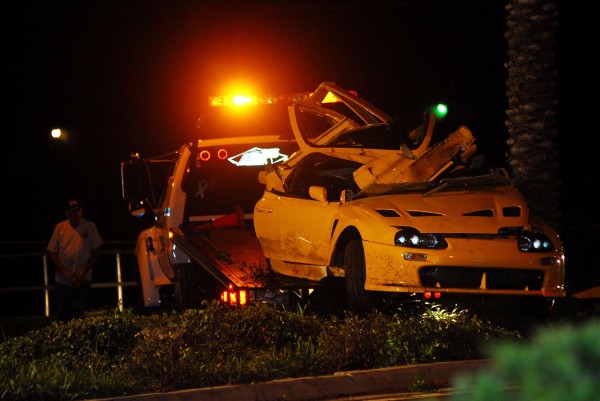 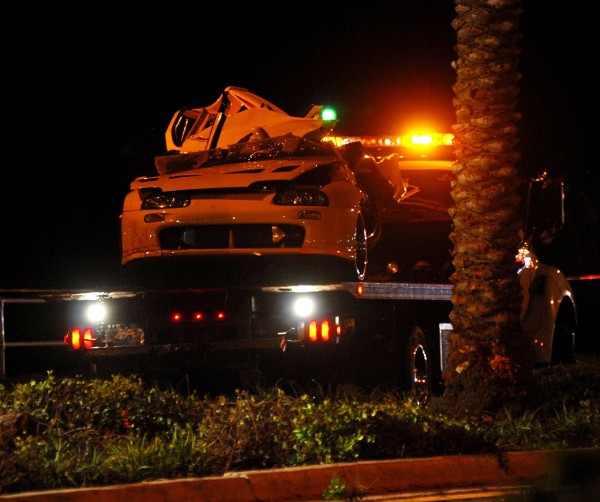 More details have emerged about the accident that occurred yesterday in Clearwater, Florida involving Nick Hogan, the Hulkster’s son, who was driving a yellow souped-up Toyota Supra with his friend, John Graziano. Police are still investigating the accident, though it appears drugs and alcohol were not involved. While the 17-year-old Hogan and his friend were both taken to the hospital yesterday, Nick was released this morning. Graziano remains hospitalized, and according to a statement issued by Linda Hogan, wife of Hulk and mother to Nick, her son is spending the day at the hospital with the Graziano family. 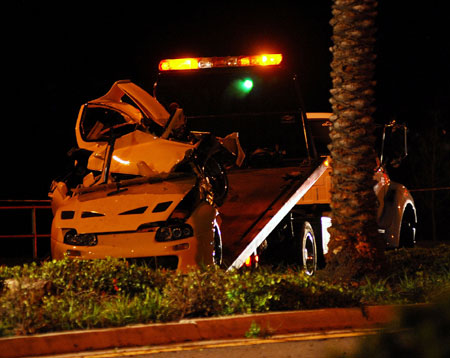 Hulk Hogan’s son, Nick has been seriously injured in a car crash Sunday night, he and a passenger both had to be cut from the car with the jaws of life and airlifted to the Bayfront Medical Center in St. Petersburg.

The passenger is in critical condition and Nick Bollea aka Nick Hogan is being treated for “life threatening” injuries but is stable.

Police in Clearwater, Florida say a car crash has injured the son of pro-wrestler Terry “Hulk Hogan” Bollea, according to local reports.

Witnesses say the yellow sports car careened out of control and hit a palm tree in the raised median of the four-lane road.

The car reportedly belongs to Nicholas Alan Bollea, also known as Nick Hogan. He’s one of the stars of the reality show “Hogan Knows Best.”

Paramedics and firefighters had to cut both occupants of the car from the wreckage. The car was destroyed by the impact.

According to People, the Hogans are not speaking to media and are in a private waiting room. They will issue a statement tomorrow. 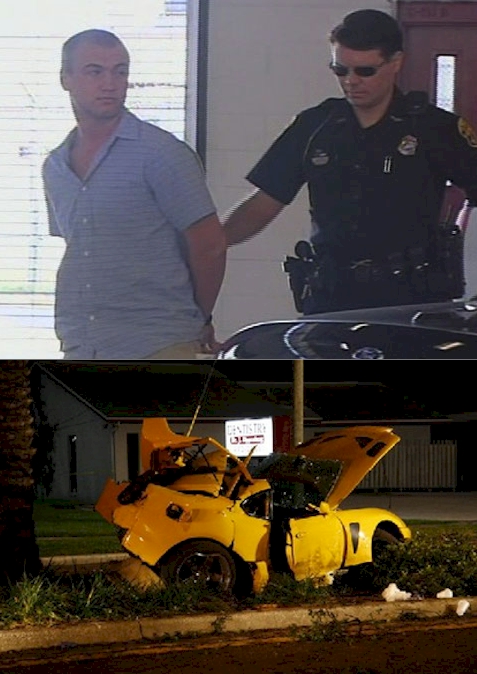 Law enforcement tells TMZ the accident occurred around 7:31 PM ET. According to police, a Toyota Supra, driven by Nick Bollea (Hogan’s real name), was traveling at a very high rate of speed when it lost control and hit a raised median. The car was flipped around and the back end hit a palm tree. The impact, we’re told, “destroyed the entire car.” The two male occupants were flown by Medivac helicopter from the accident scene to a hospital in St. Petersburg. We’re told both men had “very very serious” injuries.

The accident happened on Court Street, a main drag in downtown Clearwater, causing the entire street to be shut down for hours.

No 911 call was made to police. The accident was called in by an officer who rolled up right after the crash happened. 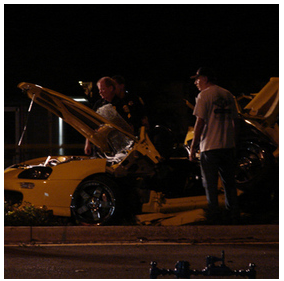 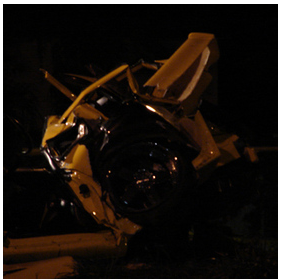 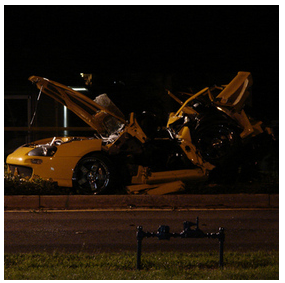