Victoria Beckham took his sons to a dinner in a Brazilian restaurant in California where she took off in a new Jaguar aside from the Escalade that serves as their kiddie car. What model Jag is that? 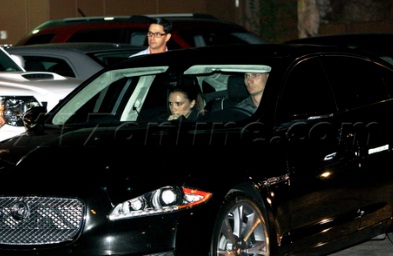 Well here we have a very happy looking Pamela Anderson climbing from a Jaguar XK. Check out the white interior, I wonder how she keeps it remotely clean! 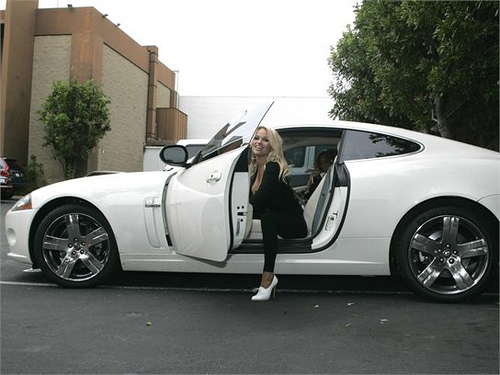 Want to own a unique ride from a famed 1960’s rock concert promoter? Well here is your chance!

When you’re in a rock band, have a decent clothing line, and just broke up with Paris Hilton, you can pretty much say you’ve made it which also means you can drive anything you want… after all that’s why I like celebrity cars!

Anyways, it looks like Benji Madden decided to go against the mold and hop out in a 2009 Jaguar XF as his new ride.  Despite the great looks you can get this car fully loaded with the supercharger for under 60K. 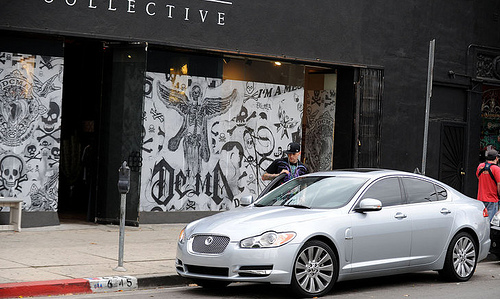 So you are huge TV star in Los Angeles and you have tons of nice rides… do you need anything else. I don’t think so and it looks like Patrick Dempsey agrees as he can be seen running around Brentwood in his sweet Jaguar with his arm around his invisible girlfriend. 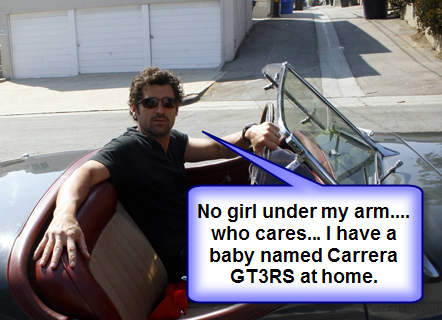