Recently, The Rock took to instagram to share how he missed his Lifted Ford F-150 the past seven months while he was on the road shooting his many movies! He may not be able to fit in that Ferrari he always wanted, but he stills has some really good taste in cars, and given who The Rock is on and off the screen; It fits him really well! Some things are just meant to be together, such as beer and football, rock music and muscle cars, and of course Dwayne Johnson and a badass lifted truck! While most celebrities enjoy posing in front of a private jet with a something like a Rolls-Royce or Mercedes, The Rock keeps it real with his custom all-black Ford F-150 truck! If you want to be cool, we recommend taking notes from the pictures below! 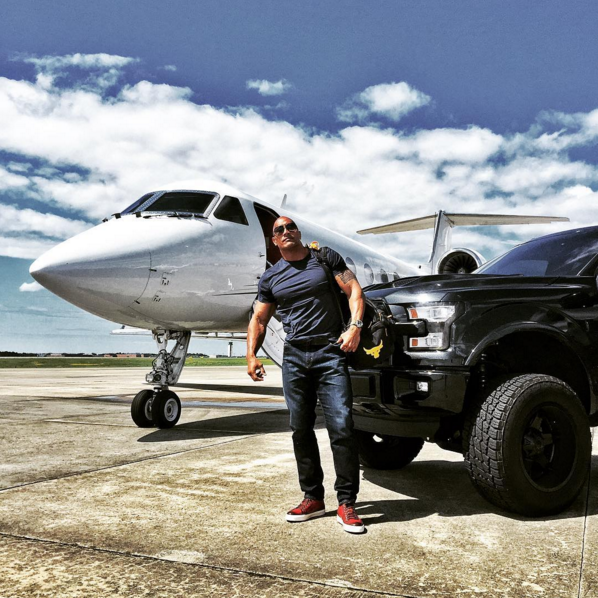 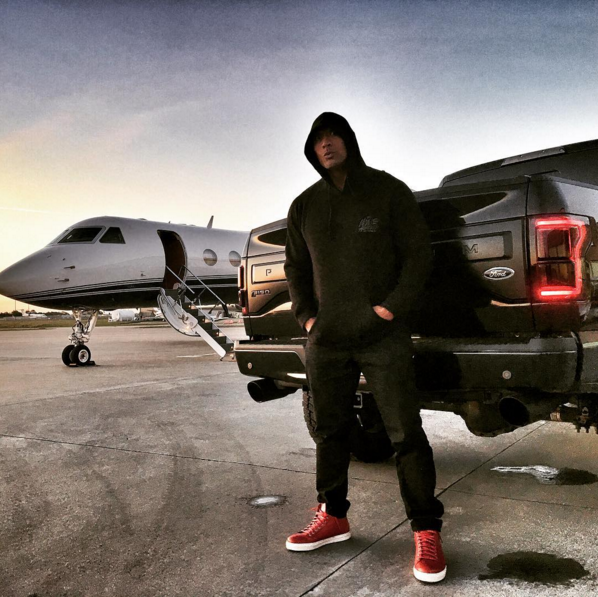 Dwayne Johnson, aka The Rock, spent his Labor Day weekend driving around in his lifted Ford Truck and he shared a photo of it on Instagram. While The Rock wishes he could fit into cars like this Ferrari 458 he was eyeing, he knows he needs to stick to the big whips for a more comfortable ride. 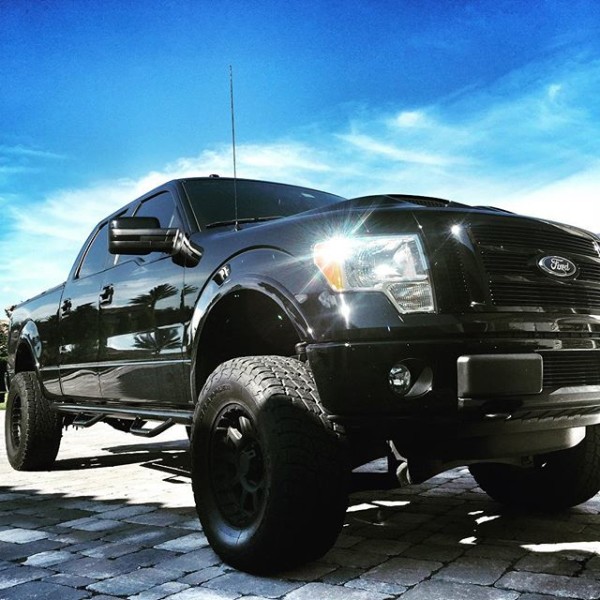 Photo (@therock)
Shout out to Mack for the tip!

Super movie star, all in all giant human, The Rock can be seen driving several extravagant, awesome, gaudy cars in the new HBO Series Ballers. The Rock plays “Spencer Strassmore” a Financial Manager for professional football players. In the show they drive, party, and burn money Dan Blizarian style but unfortunately for them, it’s acting. Johnson drives everything from Range Rovers to Mansory Panameras because we’re pretty sure he still doesn’t fit in that Mclaren 650s. His character shares some solid advice we all can use “if it drives, flies, or floats… Lease it!” 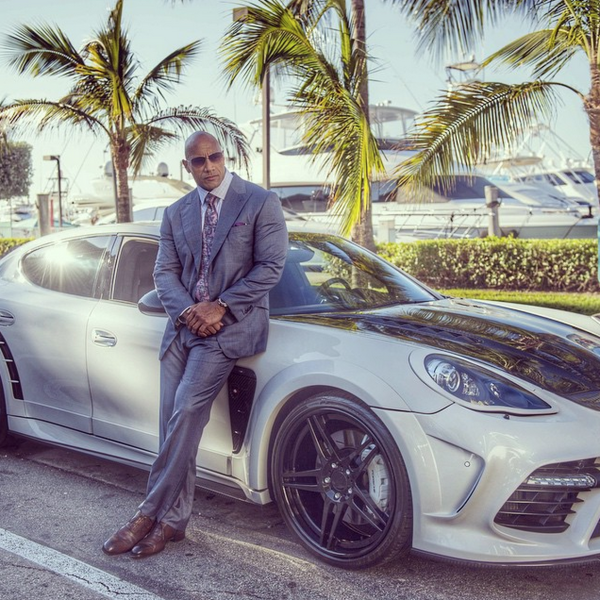 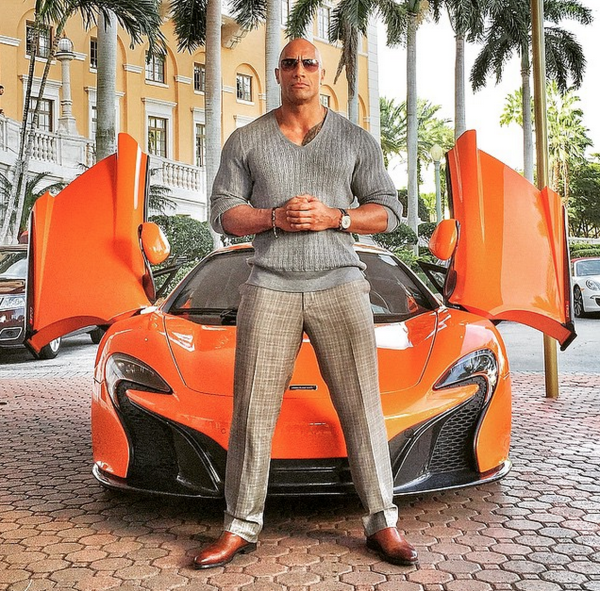 Dwayne “The Rock” Johnson posted this photo on Facebook with the caption:

“570 horse power of brilliant Italian engineering + 260lbs of Samoan Black Silverback = another fine ride I don’t fit in. #Ferrari458 Why I’m a pick up truck man” 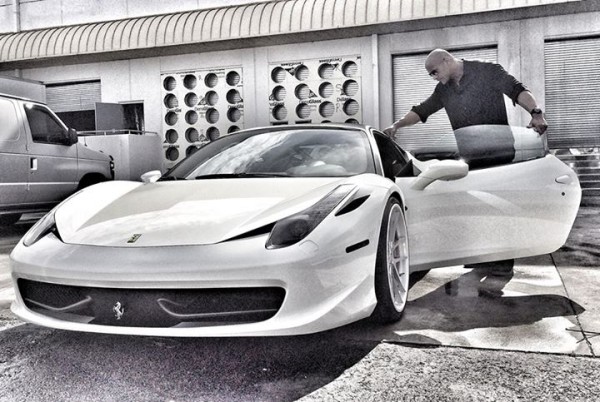 Shout out to dre for the tip!